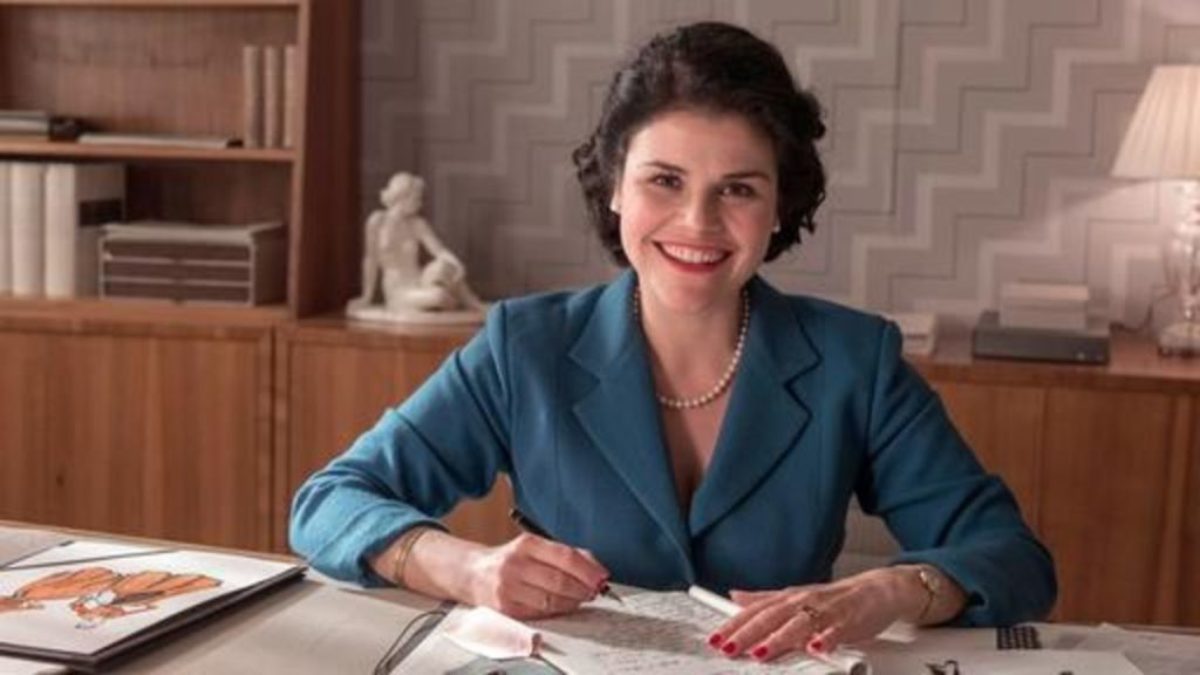 Aenne Burda – The woman of the economic miracle: plot, cast, true story and streaming of the series

Aenne Burda – The woman of the economic miracle is the German miniseries re-proposed tonight, Thursday 2 September 2021, in rerun on Canale 5. These are two episodes that will both be broadcast in the evening today. The miniseries tells the story of Aenne Burda, a woman who has become the symbol of the German economic miracle, who died in November 2005. Let’s see together the plot, the cast and where to see her in streaming.

We are in Offenburg, Germany, and it is 1949. Aenne discovers with great pain that her husband Franz, the father of their three children and a wealthy professional, has a second life with the former secretary, with whom she has had a daughter. Aenne, thanks to postwar bigoted Germany, decides to stay with the man, but at the same time to realize an old project: to create a fashion magazine with patterns, with which all women can create beautiful dresses at home.

Not without difficulty, thanks to a valid and cohesive team, Aenne manages to give life to her dream. An activity that takes her around the world and that, during one of her rare holidays in Sicily, makes her meet a man with whom she falls madly in love. But Franz, who in the meantime has left his lover, goes to take Aenne back to take her home: from that moment, a loyal pact of quiet life between the two seals the newly found couple.

Who was Aenne Burda

The film Aenne Burda airs this evening, September 2, 2021, on Canale 5 from 9.20 pm and consists of two episodes of 90 minutes each. The series first aired in Germany in 2018. With Francis Meletzky directing, it tells the story of the woman who invented Burda magazine. Aenne is in fact considered a real forerunner, capable of becoming a model for many other women entrepreneurs in the future. Born in 1909, Aenne left school at 17 to work as a cashier. After her marriage to Franz Burda in 1931, she was able to afford a more comfortable life, and began to develop the idea that would later materialize first with Favorit Moden, in 1949, and then with Burda Moden. “My goal,” she said, “is to put together practical fashions at an affordable price that can be worn by as many women as possible.” A dream that has come true and that has made school.

Her magazines with the publication of patterns have allowed many women, in difficult times, to create their own style at low cost. To date, Burda Moden is published in 90 countries and in 16 different languages. It was also the first Western magazine to be published in the Soviet Union, in 1987. Aenne Burda, as told in this film, who died in 2005, is considered one of the leading figures in the German economic recovery.

Aenne Burda – The woman of the economic miracle: cast

We’ve seen the plot and true story of Aenne Burda – The Woman of the Economic Miracle, but what is the cast? In the role of the protagonist, Aenne Burda, we find Katharina Wackernagel. Fritz Karl plays the role of Franz Burda, Luise Wolfram as Edith Schmidt and Annika Olbrich is Lise Schneegass. Jean-Yves Berteloot plays the part of André Lambert, Martina Eitner-Acheampong that of Martha and Michele Cuciuffo is Massimo Russo.

Furthermore Hansa Czypionka holds the role of Hans Kuhn, Christoph Glaubacker that of Wilhelm Kemper and Cornelia Gröschel is Evelyn Holler. Gina Henkel wears the clothes of Charlotte, Robert Schupp those of Oskar Kaiser and Moritz Berg is Fritz. Finally Luca Gugolz is Hubert Burda while Caroline Hellwig plays Eva Schneider. Here are all the actors and their characters played.

Where to see the miniseries on TV Aenne Burda? The film airs on Canale 5 tonight, Thursday 2 September 2021, starting at 21.20. The Mediaset flagship network is broadcast on the fifth channel of your digital terrestrial, but you can also find it on the 505 (in HD) or on the 105 of Sky. You will not be at home during the airing of the film but you do not want to miss it for anything in the world? No problem: Aenne Burda is also available in streaming. Where is it? Obviously on Mediaset Play, the Biscione platform that allows you to see all the programs broadcast on Mediaset networks also on PCs, smartphones and tablets.