A machine dismantles the road between Nonduermas and Sangonera. / PLATFORM

It dismantles the Nonduermas-Sangonera section and will try to finish the line with Almería before 2026; Totana and Lorca still do not have the approved projects

Adif has not waited a day to accelerate the works of the AVE between Murcia and Almería. The old route goes down in history, since on Friday, the same day that the Cercanías service between Murcia, Lorca and Almería was cut off, it began to dismantle the infrastructure, raising the tracks. It has done so on the Nonduermas-Sangonera section. The Railway Infrastructure Administrator will work against the clock so that this part of the Mediterranean Corridor can be completed before 2026. The bottlenecks in the planning of the works will probably be in Totana and Lorca, where the projects are not yet approved.

There is no going back with the cut of the Murcia-Lorca-Águilas line and with Renfe’s alternative plan to transport passengers by bus until 2025. The Nonduermas-Sangonera section, awarded to a UTE, began to be dismantled on On the same Friday, the Pro Burying Platform reported, coinciding with Adif’s announcement that work is being done simultaneously at various points to speed up the works.

In Alcantarilla the railway line forks between the already cut line and the Cartagena-Chinchilla line. This second will continue to operate until February, which will also be cut, so that the trains to Madrid will leave from the Archena station. This will be enabled for bus transfers, which will cover the rest of the trip to Murcia and Cartagena, and vice versa. 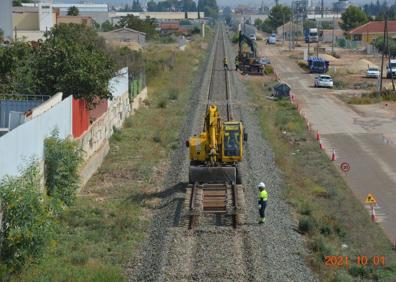 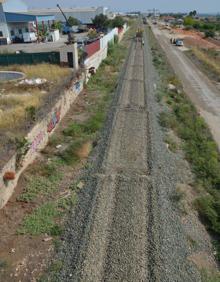 The two sections that can compromise the calendar are those of Totana-Totana and the integration in Lorca, which includes the underground station. In the first case, the project is still being drafted, according to Adif. As for Lorca, he is in an informative study, in an earlier phase. The branch between Pulpí and Águilas has been awarded the project to adapt to the international gauge.

Adif expects to complete the works with Almería in 2026, since otherwise it would endanger a part of the European financing that corresponds to the ‘Next Generation’ funds. This is 446.6 million that will be allocated to actions on the track and the electrification of the line, as well as the platform for the integration of the railway in Almería, phase 2, reported the Administrator of Railway Infrastructures. According to this planning, meeting the deadlines is more demanding, since the completion of the work depends on this money. The other European funds previously committed, via Feder, are destined to the construction of the track platform.

What psoriasis sufferers are asking today