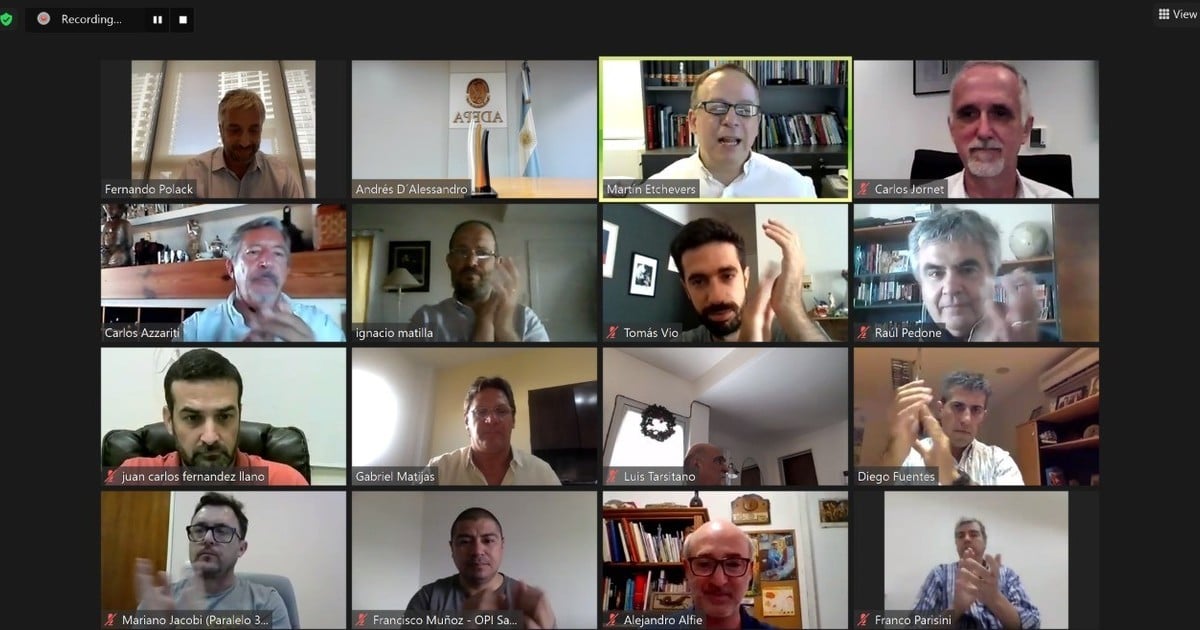 The Association of Argentine Journalistic Entities (ADEPA) and the Argentine Journalism Forum (FOPEA) they repudiated this Friday the prosecution that the surrogate judge of Dolores Martín Bava issued against the journalist of Clarion Daniel Santoro.

“The prosecution of a journalist for illegal acts of his sources, without there being clear proof of any type of complicity, constitutes a form of censorship that discourages journalistic investigation and it limits the information available to citizens ”, ADEPA stressed.

For its part, FOPEA said that the processing is part of a bell” of the ruling party to discredit Santoro and all professional journalism.

In a statement, ADEPA affirmed that the prosecution, which refloats a measure by the former judge of Dolores Alejo Ramos Padilla annulled by the federal chamber of Mar del Plata, “reveals discretion when interpreting the evidence of the case, choosing, among dozens of possible explanations, only the one that is compatible with his preconceived decision to prosecute the journalist ”.

The federal chamber of Mar del Plata last December annulled the prosecutions that Ramos Padilla dictated against Santoro in the D’Alessio case and vindicated freedom of expression and the role of investigative journalism. However, Judge Bava went against that position.

“Journalists must answer to justice, like all citizens, for any illegal act they commit, “the statement added.

But “it is unacceptable that the relationship between a journalist and his sources are interpreted presuming bad faith or the participation of the journalist in criminal acts whose knowledge is not proven with reasonable certainty ”, ADEPA highlighted.

The entity stated that “a judicial resolution such as the one adopted in the Santoro andIt is at odds with articles 14 and 32 of the National Constitution and with the Inter-American Human Rights System ”.

For its part, FOPEA repudiated “the constant campaign of clear political direction “ against Santoro “in which important political leaders, power lawyers and judges with a clear ruling party are involved.” The new processing “it is a new institutional scandal. “

FOPEA, which brings together some 600 journalists from across the country, stated in a statement that “this campaign is based on associating the journalist Santoro with the activities of one of his hundreds of sources, as any professional in his career has. “

“Once again we repeat that the crimes committed by the source cannot be attributed to a journalist. In this way, journalistic work is once again criminalized. If each journalist has to request a criminal record certificate from their source to be able to relate with her, journalism it would not be practicable“, warned the entity chaired by Professor Fernando Ruiz.

“The journalist must always receive information from very diverse sources, and many times in Argentine history and in that of other countries, information of enormous public interest has been known thanks to information sources of dubious behavior. Furthermore, it has been made clear. in all the research carried out that Santoro he had no knowledge of the activities his source was doing, beyond the information it gave him, “he stressed.

Then he stressed that “accusing a journalist who publishes information of public interest of extortion it is an attack on the exercise of journalism. Also, taking into account that much of that information had already been published by other journalists before. “

Despite the fact that the Federal Chamber of Mar del Plata had revoked the prosecution ordered by Alejo Ramos Padilla, the previous federal judge, of recognized official affiliation, his replacement, “Dr. Martín Bava, also of recognized official political affiliation, insists with a new prosecution and maintains the embargoes on the journalist’s assets, which have already been in place for two years, despite the fact that those same judges have recognized that there was no kind of enrichment by the journalist“.

This campaign “of legal harassment and in social networks generated by distinguished official referents against the journalist Daniel Santoro constitutes a direct attack on professional journalism to which they are provided and in which judicial officials participate “.

The head of this campaign “to destroy the reputation of a journalist is political and is a strategy to penalize freedom of expression and intimidate journalistic investigation, one of the essential informational bases of democracy “.

These campaigns increase “the discrediting of the government in its commitment to freedom of expression, since the main spokesmen of the same are renowned representatives of the ruling party, some with permanent access to the President of the Nation. “

“If the ruling party wishes to show its interest in defending journalism, you have the opportunity to demonstrate that this is the case by repudiating this prosecution. Otherwise, nothing he claims about freedom of expression will be credible, “concluded FOPEA.