Adama Traoré: “Although the fans are not happy, it does not mean they do not love you” 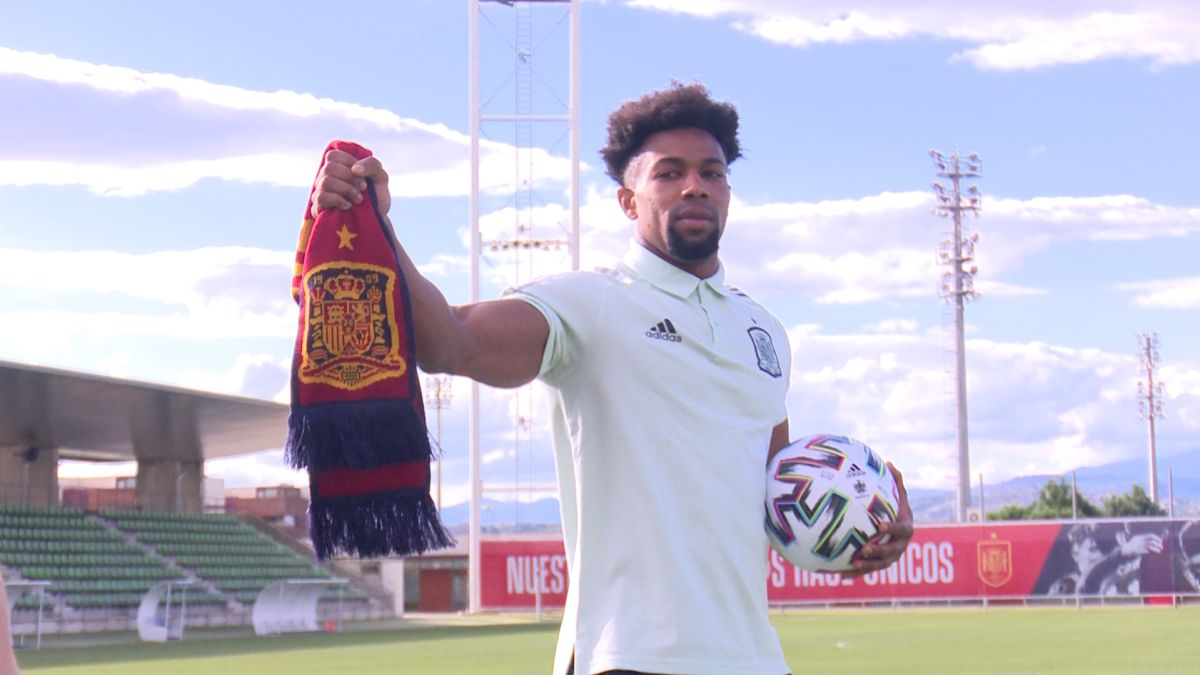 Adama Traoré (Hospitalet, 25 years old) it continues being ‘the beast’ of the Selection. His physical appearance is impressive in person, but he has reached the European Championship with less muscle volume. It is full to give everything for Spain.

How do you feel about the injury you had when you arrived?

I had a hamstring problem, a little discomfort and because of my physical characteristics and the way I play and I had to take care of it. As I am an explosive player and I play that way, if you don’t take care of the fast fibers when you have discomfort, it can get worse. I’m fine, preparing for Wednesday’s game with enthusiasm and if the coach needs me, I will be there with enthusiasm and I will give my all.

Did you expect to go out against Sweden and Poland for a while to break their defenses?

We all want to go out on the field and do our bit. I wait for my moment and when the coach and the team need me, I will give my help.

How have you seen these two ties from the outside?

The team has created many chances, my teammates have done a great job. The result was not what we wanted either, but the work has been there and we have had the chances, but we have not had the final prize. With insistence and work, the results will come.

There have been complaints about the state of the grass, Spain has not won for the grass?

If there have been complaints it is because it is real. I prefer not to talk about how the field is. We are only interested in winning the game on Wednesday.

Against Poland the Polish fans cheered more at the end than the Spanish. Azpilicueta has said that the players also have to give more on the field to draw on the fans. How is the relationship with the fans?

The National Team and the Spaniards, the Spanish fans, are like a family. We did not expect to reach the last game to play it as a tie. Even if part of your family is not happy, it does not mean that they do not love you. In difficult times they will be there, because we are a family and they will be supporting us, we will try to give it all for them.

Can you play right back in defense of four?

He is the most different footballer, the most explosive, the one who can change a game, do you see how revulsive?

I see what the coach tells me. If I have to be from minute one, I’ll be there giving everything, I’ve already done it. And as a shock I have also done it. I want to show my characteristics when it’s my turn to play. When the coach needs me, I will give that feedback of gratitude.

Van der Vaart has said that Spain is horrible and that he wants to play against the National Team. What do you think?

It’s his opinion. I am not going to talk about a person who is not within the National Team. We respect all opinions. We’ll see if the time comes.

Spain can meet England at the crossroads, how do you see the English who know them well from the Premier?

Luis Enrique is criticized because his 1-4-3-3 system is very tight, do you think that some tactical variant is necessary because Spain is very predictable?

That is the approach of the coach and the team has played very well. If we had been lucky enough to score the chances, we wouldn’t be talking about changing the tactical system, but that’s football. With Luis Enrique’s system we have created many occasions. You have to be patient and the reward for work will come and people will not say to change the tactical system.

It is said in the group that there are no starters or substitutes, but it has repeated the same with a change of Gerard for Ferran.

The coach decides and from there, if we enter as starters or as substitutes, we have to give one hundred percent. When my time comes I will give it my all on the field.

How is your day to day in concentration?

These weeks I have been taking great care of myself physically, treating these discomforts, doing different things, in the air machine, doing cold water, stretching and muscle massage, strength … All kinds of exercises to be one hundred percent. There is a game room, we go to the game room and talk. And we watch the Eurocopa matches.

We have a magnificent group of people, both the players and the staff.

And what are you liking about the European Championship?

Are you still doing your specific training in concentration?

Yes, I follow that guideline because it is important to my body. It is important to know your body, to know how it works, to know its limits, to know how it recovers, which is the best thing you have to give your body so that you are one hundred percent. It is a study of yourself and with that work pattern you get to know your body better and better. And you know what you have to do to get to the best possible level.

And does food also take care of it?

Yes, totally, food is also important. And the mental aspect.

Do you do a lot of burpees, exercises with your own weight?

Yes Yes. I do a lot of work with my own weight. I don’t like weights, I don’t really do weights because doing weights I gain volume very quickly and that’s what I want,

Have you lost volume compared to the first call with Spain?

Yes, I have lost volume.

It is to go testing, it is to see different types of preparation with my body and from there I feel good.

Have you lost weight?

I will have lost two or three kilos.

Does it feel faster?