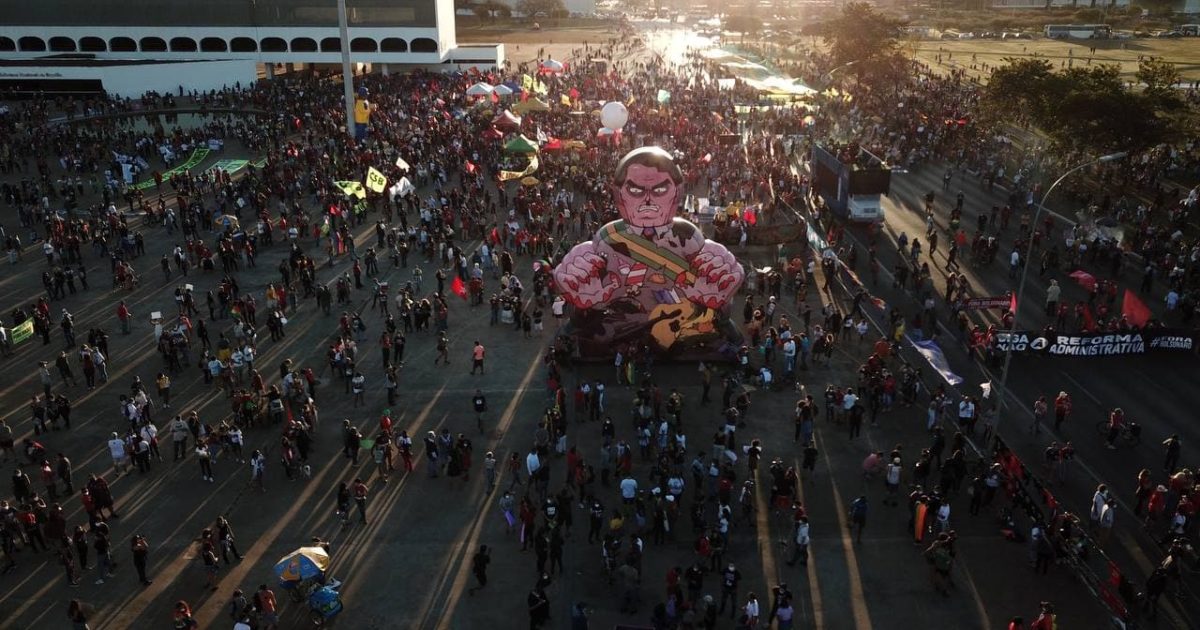 At least 488 acts against the president’s government Jair Bolsonaro (without party) are planned in all states of Brazil, in the DF (Federal District) and in several cities around the world, this Saturday (24.Jul.2021), according to a survey by the Brazil and Povo Sem Fedo Fronts. The motto of the protest is the “defense of democracy, the lives of Brazilians and Fora Bolsonaro”.

This will be the 4th day of demonstrations against the president in the last 2 months. The other acts were held on May 29, June 19 and July 3, in cities across the country.

To avoid depredations, in some cities, protests must start earlier than usual. In São Paulo, protesters will gather in front of the Masp (São Paulo Art Museum), on Avenida Paulista, from 3 pm onwards. In Brasília, the protest is also scheduled to start at 3 pm, in front of the National Museum.

Among the organizers are trade union centrals, social movements, civil society entities and opposition parties. As in the 2013 protests against the former president Dilma Rousseff (PT-RS), the groups oppose the Bolsonaro government, but diverge on several points.

The Free Brazil Movement (MBL) and Vem Pra Rua chose not to join the movement pulled by the left, despite the participation of right-wing groups. They scored a national protest for the impeachment of Bolsonaro for September 12th.