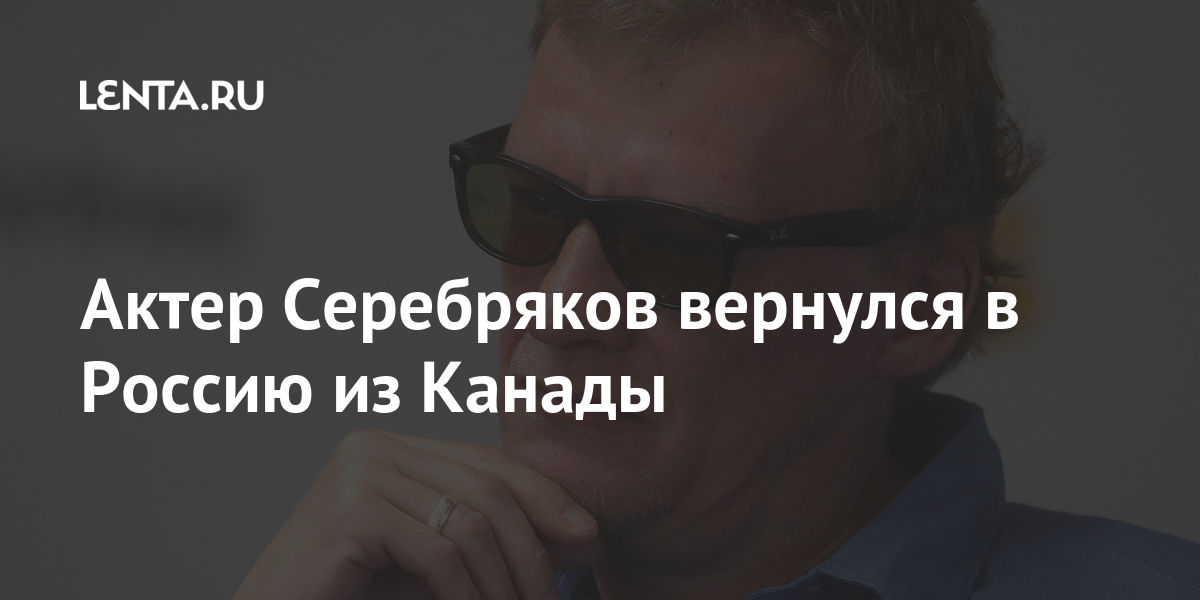 Actor Alexei Serebryakov returned to Russia from Canada. It is reported by Telegram-channel Super.

It is clarified that the artist was seen at the film premiere in Moscow. “I didn’t leave, actually. I took the children out to teach, ”he said. Serebryakov did not specify why he wanted to leave Canada. He added that it is ridiculous to compare which country is better to live in.

In February 2019, the actor told how he has to do with Canada. According to the artist, he does not have Canadian citizenship, although he lives in this country. He noted that he was and remains a Russian actor, but decided to move to Canada, since it is cheaper there. In addition, he wanted the children to “broaden their horizons.”

“In this world, it is beneficial to be open, honest, responsible, benevolent, smiling. For me, there is nothing more important in life than my family. I want my children to become citizens of the world. What’s bad about it?” – said Serebryakov.

He added that his sons are studying in a good private school in Toronto, and the eldest has already entered the university. The actor also said that he was not worried about reproaches related to the fact that he criticizes Russia.

Russia decided to sell a 1959 car for five million rubles