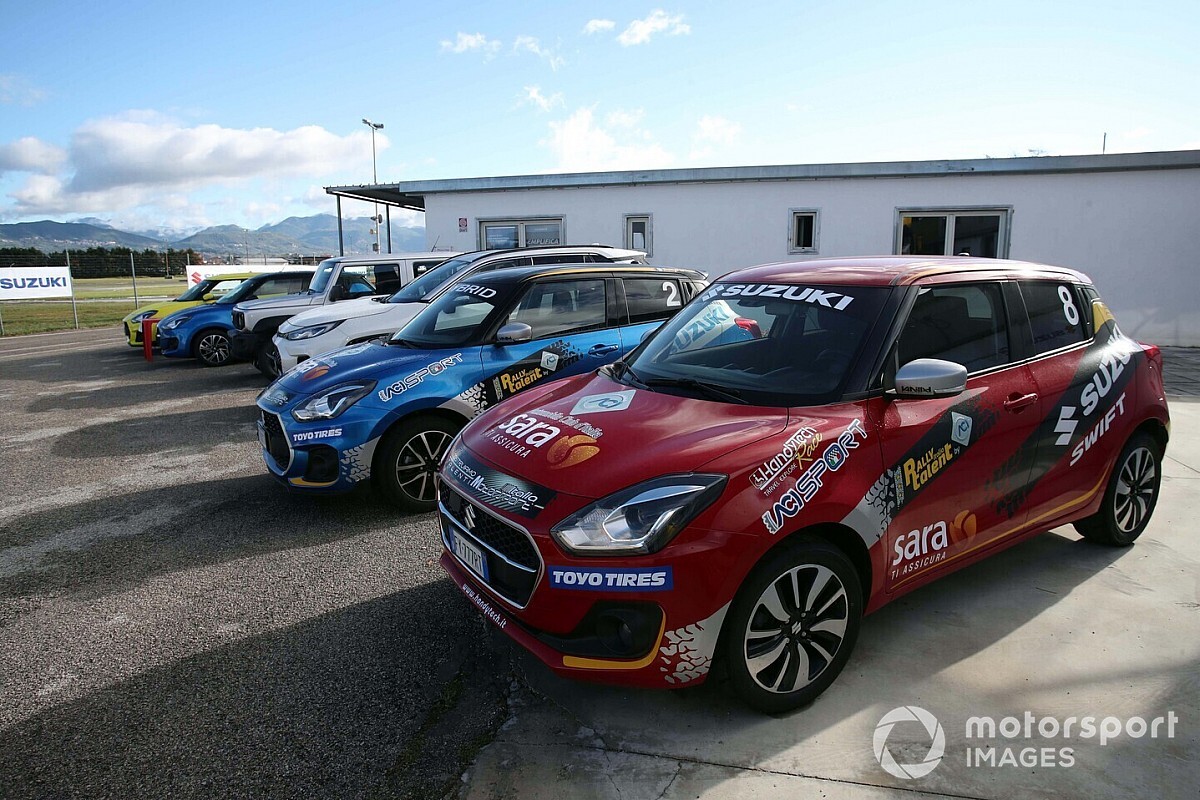 The 7th stage of the preliminary phase of ACI Rally Italia Talent 2021 will be held in the last weekend of August, an event that this year will crown the dream of many aspiring drivers and navigators to compete for free in a real rally.

On Saturday 28th and Sunday 29th the Salento track in Torre San Giovanni will host the seventh of the nine regional selections foreseen by the Big Brother of engines, which moves to the province of Lecce in search of champions.

On the Apulian track, aspiring drivers and navigators will get on board the Swift Sport Hybrid, the Official Car of the event, to demonstrate their qualities to the ACI Rally Italia Talent staff and access the next stages.

The most talented candidates will be experienced internationally renowned rally drivers who, at the end of the semi-finals and national finals, will decide the winners of the 2021 edition, who will be able to take part in a rally valid for the ACI Sport Championships or Trophies with the Team. RIT is the treatment of a true official crew.

This eighth season of Rally Italia Talent proves once more how strong the passion for engines can be in Italians. Although the health emergency has caused so much uncertainty, fears and many delays, there have been very many accessions.

In the first six stages there were 6,376 registrations, a surprising share destined to grow even before the closure of the regional selections. In addition to the Apulian candidates, the aspiring rally drivers from Piedmont and Veneto must also be added to the total calculation, two regions that in the past years have always brought many rittini to the track.

To date, the peak of registrations took place on the occasion of the test held in Monza, with 873 participants, while 545 were those who challenged each other a few weeks earlier in Imola, another legendary racetrack touched for the first time by Rally Italia Talent.

To decree the resounding success of ACI Rally Italia Talent is an unparalleled format, created in 2014 by Renzo Magnani. The event is open to anyone who aspires to run a rally for free in official form, as a driver or navigator. To register, you do not need racing experience, a competitive license or a driving license and you do not even need to be of legal age.

Rally Italia Talent includes numerous categories and rewards all their winners, from Young for the Under 16 to Over 35, passing the various Under 18, Under 23, Under 35, Female, Licensed Aci Sport and Non Licensiati.

Faithful to the motto “rally for all”, Rally Italia Talent has also included in the format Rally Talent Ability – Rally Without Barriers reserved for people with disabilities in the lower limbs, who can face the tests of dexterity driving a Suzuki Swift with automatic gearbox set up by the Piedmontese HandyTech with special controls.

This year the ACI Talent +14 project has also kicked off, which allows those who have reached the age of 14 to get behind the wheel of a Swift Sport Hybrid with dual controls and to try the experience of driving alongside the ACI Rally instructors. Italy Talent. With this initiative, ACI and Suzuki stimulate the passion for engines in young people and aim to train future motorists who are aware and sensitive to issues such as safety and respect for the environment and other road users.

ACI Rally Italia Talent has chosen Swift Sport Hybrid as Official Car, judging it to be the ideal car to bring out the qualities of the rally drivers of tomorrow. Thanks to outstanding weight-to-power and weight-to-torque ratios, resulting from a curb mass of 1,025 kg, an output of 129 hp and a maximum torque of 235 Nm, the Hamamatsu hot hatch performs quickly and I specify every command.

The wide track, low center of gravity and exceptional steering tuning allow all riders to have fun and hone their sensitivity. It is no coincidence that up to now the Swift Sport Hybrid has received unanimous acclaim from competitors as well as from examiners, who also appreciate its absolute reliability.