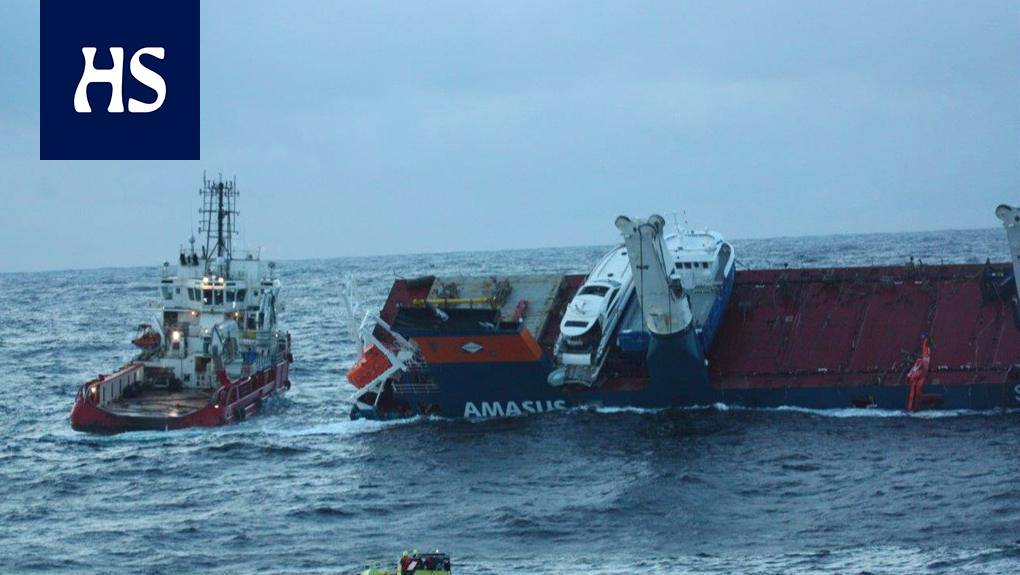 A cargo ship drifting off the coast of Norway since Monday was in danger of capsizing. The rescue operation, which began late on Wednesday, ended happily on Thursday night.

Monday A cargo ship drifting on the Norwegian coast until now was safely arrived in port from Thursday to early evening, says the Norwegian Coast Guard on its website.

The Dutch ship Eemslift Hendrika had tilted badly because its cargo had shifted in rough seas. The ship was mostly loaded with other boats, one of which fell into the sea, but also 350 tons of oil and 50 tons of diesel. If the ship had capsized, there would have been a risk of an oil accident.

For a week, the concern has been not only the collapse of the Eemslift Hendrika but also the fact that the ship was drifting towards the coast. There would have been similar risks from ground contact.

Eemslift Attempts were made to get Hendrika to be towed as early as Wednesday. However, the weather conditions were so dangerous that people could have been lowered onto a tilted ship to attach tow ropes.

“The life and health of the crew is always a priority in such situations, and rescuing the ship must be safe,” said the Coast Guard Situation Director Hans Petter Mortensholm on Wednesday, according to a security bulletin.

On Monday some of the ship’s crew had to be rescued from the sea they had jumped into. The ferocious rescue operation, hampered by a wave about 15 meters high, was recorded on Coast Guard video.

The transfer operation, carried out by two tugs, was launched late Wednesday night. The vessel was towed all night before Thursday and Thursday. It arrived at Ålesund Harbor on Thursday evening.

The future of nightlife: once upon a time there was a longing