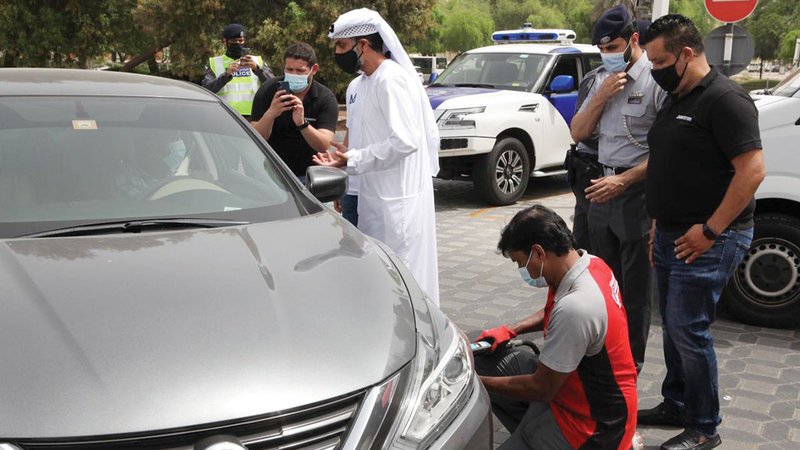 Abu Dhabi Police concluded the “Safe Traffic Summer” campaign, which focused on prevention efforts and raising awareness among drivers to reduce the rate of accidents, and urged vehicle and truck drivers to check tires and ensure their safety.

The Director of the Traffic and Patrols Directorate in the Central Operations Sector, Brigadier General Mohammed Dhahi Al-Hamiri, praised the cooperation and coordination with the partners in the success of the campaign goals, namely Abu Dhabi Ports and the Al-Masoud Bridgestone Company, which contributed to raising drivers’ awareness of the need to check tires and ensure their safety during the summer.

He urged drivers to ensure the validity of new tires before purchasing them as a preventive measure to avoid traffic accidents resulting from tire damage or explosion, in order to preserve their safety and road users, and to abide by traffic laws and regulations to avoid serious accidents.

He explained that the campaign focused on educating vehicle and truck drivers about the necessity of checking tires, adhering to traffic laws and regulations, while applying precautionary and preventive measures, and included awareness programs, virtual lectures and awareness boards.

It is noteworthy that Article 82 of the Traffic Law stipulates a fine of 500 dirhams, four traffic points, and a vehicle impoundment for a week because the vehicle’s tires are not valid.