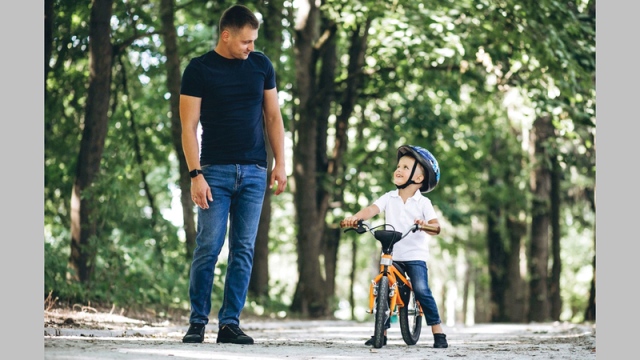 The Abu Dhabi Police General Command and the Abu Dhabi Early Childhood Authority, as part of the “Safe” campaign, urged parents to use bicycles for children in the places designated for them, according to safety and security requirements.

The campaign, which was launched, aims to educate the community about the dangers of leaving children for long periods of time without supervision, and raise the level of community awareness of the importance of enhancing children’s safety during the use of streets, sidewalks, parks, pedestrian paths, places and times of cycling.

Abu Dhabi Police affirmed its constant interest in educating the community about everything that enhances the protection of children from the dangers, especially the consequences of children using roads and pedestrian paths without the presence of escorts, warning of the negative effects resulting from bad companions, stressing the importance of the role of parents in educating their children and following up on their relationships with others.

She stressed the need not to leave young children alone in parks, public places and markets, and the consequences of child neglect, explaining examples of neglect, such as children crossing main streets without any supervision, and not taking any preventive measures related to health and safety, such as wearing a helmet and using stickers. Reflexology, and children using bicycles in public places during the late hours of the night, which may pose a threat to their safety. She pointed out that the Emirate of Abu Dhabi provides advanced infrastructure and recreational facilities, sports lanes for pedestrians, and safe and extended paths for cycling enthusiasts, designed according to the highest international standards that guarantee comfort and safety for its users.

Power struggle in Serbia: does Vučić want to have his minister arrested?

Biden: We are in a life and death race with Corona