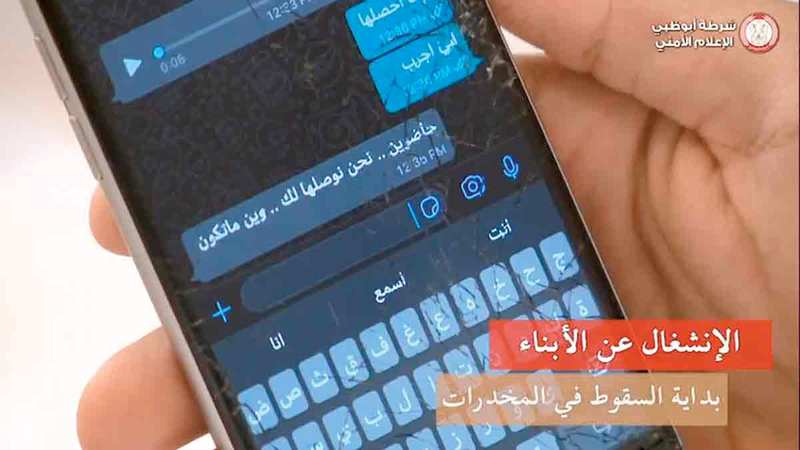 The Abu Dhabi Police Anti-Narcotics Directorate called on the community and families to monitor their children from anonymous emails to phone numbers outside the country that promote prohibited narcotic substances through “messaging and chatting” applications and social networks, and carry pictures of the prohibited materials, audio clips and information on how to purchase and the location of delivery, in exchange for money transfers. to accounts outside the country.

She explained, on the occasion of the International Day against Drug Abuse and Illicit Trafficking, which falls on June 26 of each year, that children are the most precious of trust, and they are the most worthy of care. them from dangers.

She stressed that the so-called “hidden disintegration” of the family, which came as a result of the family members’ preoccupation with social networking sites, led to separation and the absence of continuous communication and separation in many cases between mother and father, which leads children to fall prey to drugs.

She called on parents to strengthen family ties, repeat daily sessions, and deepen feelings of cordiality and understanding between family members, which allows the father and mother to follow up on the children closely, monitor their use of social media, and raise their awareness of the dangers of misuse and the negative consequences of spending long hours on “messaging” sites. .

It urged community members not to hesitate to report any suspicious messages that reach their phones, through smart applications and social networking sites, by calling 8002626.