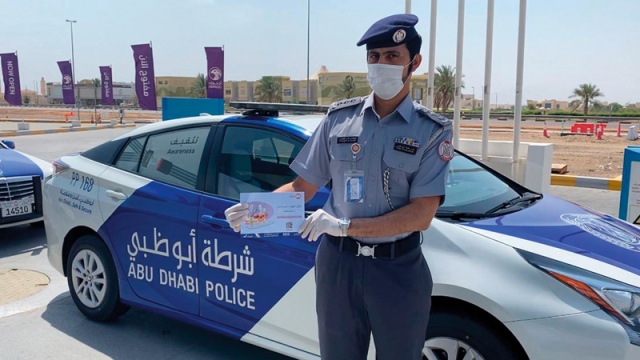 The Police Follow-up and Aftercare Department in the Community Security Sector of Abu Dhabi Police launched the “Do not accumulate your points” awareness campaign, through the digital screens of the “ADNOC” distribution stations in various regions of the emirate, with the aim of enhancing the safety and security of road users, and raising the level of traffic awareness for the community.

The campaign coincides with the International Traffic Day, which falls on the fourth of May every year, to encourage drivers to adhere to safe driving and to avoid the accumulation of traffic points resulting from violations on the roads, through more than 50 ADNOC fuel stations in the Emirate of Abu Dhabi, to celebrate the year The 50th, by distributing digital cards to drivers and digital advertising screens at the stations.

The Traffic Points Programs Section in the Police Follow-up and Aftercare Department undertakes training and rehabilitating violators of the Federal Traffic and Traffic Law, by providing training courses to reduce traffic points and retrieve driving licenses, in addition to the heavy vehicles program, and reflects the diversity of the targeted languages ​​in the department in three basic languages, diversity and comprehensiveness. In providing services at the Abu Dhabi Police General Headquarters.

Monthly supplement There is a giant apartment in Töölö, Helsinki, which has remained almost untouched for 111 years – this is what it looks like there

Coronavirus in Peru: Machu Picchu receives tourists, but once again reduces the daily capacity of visitors