“Abu Dhabi Pension Agency”: 45 percent of the insured are “Emiratiyat” 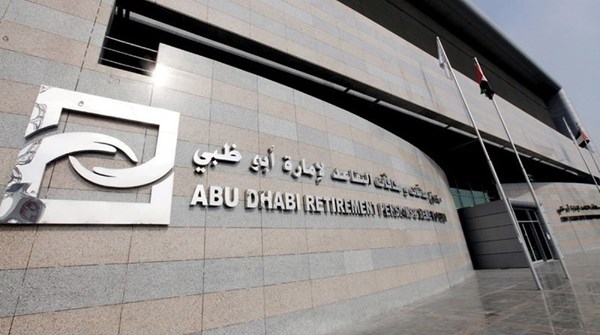 The Abu Dhabi Pension Fund reported that the total number of Emirati women working in the government and private sectors in the Emirate of Abu Dhabi, until last June, reached 41,149, representing 45% of the percentage of insured employees in the emirate, after this percentage was only 11%. of the workforce, in 2000, when the Abu Dhabi Pension Fund was established, considering that the increasing number of working Emirati women is a reflection of the process of empowering Emirati women and involving them in the development process.

In an official statistic issued on the occasion of Emirati Women’s Day, the Fund indicated that Emirati women have become a key partner in all work sectors in the Emirate of Abu Dhabi, where 87.4% of women work in the government sector, while 12.5% ​​work in the private sector, while the average years of service is for female citizens. Female workers in Abu Dhabi, 8 years, compared to 10 years for men.

He stressed that the Fund’s database attests that Emirati women’s giving is unparalleled, as it has witnessed a remarkable development in the number of Emirati women working in various sectors in the emirate, and a large percentage of them do not hesitate to continue working for many years, explaining that the total number of Emirati women whose years of service exceeds 25 A year, until last June, it amounted to 1,098 Emirati women, representing 27% of the total percentage of Emirati women registered with the Fund, which indicates the determination and determination to give and dedication to serving the country as well as shouldering family responsibilities. According to the statistics, the total number of retired Emirati women in the emirate reached 2,976, which represents 22% of the total retirees registered with the Fund, while the average retirement age for women was 46 years, compared to 55 years for the average retirement age for men.

The Fund stated that the Abu Dhabi Retirement Law took care of women and provided them with many advantages that guarantee their rights and enable them to fulfill their professional and family duties, as it allows a married, divorced or widowed woman with children to retire after 15 years of service, or ten years if she has reached The age of fifty and over.

The Fund noted that the Retirement Law in the Emirate of Abu Dhabi excluded women from the prohibition of combining two pensions in three cases. owed to her on behalf of her father. The law also excluded the widow, who was entitled to a share of her husband’s pension, from the endowment of this share when she joined the work, and also allocated to the daughter, sister, or daughter of the son, a grant equivalent to her share in the pension for six months upon her first marriage.

For his part, His Excellency Salem Al Nuaimi, Managing Director of the Abu Dhabi Pension Fund, confirmed that, thanks to the policy of empowering Emirati women in the labor market, they occupy many positions and work in many areas that were the preserve of men, an achievement that is primarily calculated for the great support given by the leadership. The rationale for women, especially since the late Sheikh Zayed bin Sultan Al Nahyan, may his soul rest in peace, believed that women have a role that is no less important than that of men, which paved the way for them to enter all fields.

His Excellency Khalaf Abdullah, Rahma Al Hammadi, Director General of the Abu Dhabi Pension Fund, confirmed that there is a significant development in the number of working Emirati women who enter the labor market in the emirate every year, pointing out that this flow reflects the great contribution of Emirati women in all sectors of work.

Al Hammadi said: “According to the Fund’s database, Emirati women have recorded and are still recording high rates with regard to the number of years of service in the work sectors, which is evidence of the quality, proportionality and components of the work environment in the emirate with the requirements and needs of women, which helps them to combine their professional duties. and her family responsibility,” stressing that these achievements would not have been achieved without the tireless efforts of the country’s leadership in the matter of empowering women in various fields and overcoming obstacles in front of them to contribute to advancing development in the country.

Draghi irritated with Conte after the words of the former prime minister on Recovery: it is now a “cold war” between the two

Announce a press conference of Mbappé for this weekend