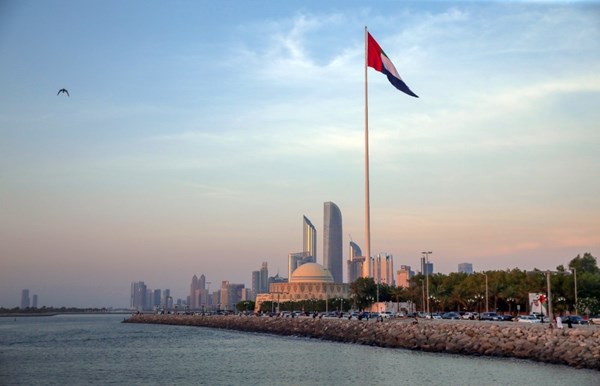 Abu Dhabi (Union) The Emirate of Abu Dhabi intends to launch two new infrastructure projects within the framework of The partnership program between the public and private sectors of the Abu Dhabi Investment Office, Which includes the construction of three new schools, in addition to the second phase of the road lighting development project.
Partnership projects between the public and private sectors provide an important opportunity to involve the private sector in the implementation of infrastructure projects and public services, and to contribute to improving various services and facilities of high quality, which contribute to improving the standard of living for the residents of the Emirate of Abu Dhabi.

Drive the pace of development
Dr. Tariq bin Hindi, Director General of the Abu Dhabi Investment Office, said: “Cooperation with the private sector is at the heart of the Abu Dhabi government’s vision to advance the pace of long-term economic development in the emirate.”
“In the year 2020, the Abu Dhabi Investment Office laid the foundations for strengthening cooperation between the business and government sectors,” he added. The launch of this series of major infrastructure projects comes as part of a group of projects planned within the framework of the public-private partnership, which will promote sustainable economic growth by managing the private sector in the emirate. ”
The PPP project aims to construct three new schools with a capacity of 5,360 male and female students in Madinat Zayed in Abu Dhabi.
The project, which was developed in a cooperative framework between the Abu Dhabi Investment Office and the Abu Dhabi Department of Education and Knowledge, provides high-quality educational services and facilities, which enhances the attractiveness and competitiveness of Zayed City in Abu Dhabi.
The contract includes design, construction, financing, maintenance and transportation works for three schools for a period of 22 years, including a construction period of 24 months, and maintenance for a period of 20 years.

Diversifying educational opportunities
For his part, Amer Hussain Al Hammadi, Undersecretary of the Department of Education and Knowledge in Abu Dhabi, said: “In the Department of Education and Knowledge, we devote all our efforts to improving and developing the infrastructure of the education sector in the Emirate of Abu Dhabi, in a manner that keeps pace with the growth and development of residential communities in its various regions. Partnership projects between the public and private sectors in the educational field contribute to pushing forward the diversification of educational opportunities available to students and enriching them in a way that enhances their future prospects. So far, we have achieved great success in this regard with the model of educational partnerships schools, which numbered 15 schools owned by the public sector and operated by the private sector. The addition of the three schools in Madinat Zayed comes to enable students in the region to access high-quality education opportunities, which ultimately contributes to enhancing social development efforts in the Emirate of Abu Dhabi.
As for the second phase of the public-private partnership project for road lighting, it includes replacing about 140,000 lighting units with high-energy-efficient LED technology, which will contribute to reducing consumption by 76%, equivalent to saving 705 million dirhams. An extension of the 12-year period of the agreement with the Department of Municipalities and Transport in Abu Dhabi.

Consolidate cooperation
Abdullah Al Sahi, Undersecretary of the Department of Municipalities and Transport, said: “The success of the partnership program between the public and private sectors in the Emirate of Abu Dhabi is based on several main components, the most important of which is the consolidation of cooperation between people and institutions working towards the common goal of leaving tangible positive effects on our societies.”
He added: “Such constructive partnerships contribute to paving the way for ambitious projects, through the implementation of the second phase of the road lighting project, which comes as a continuation of the first phase to achieve high-quality street lighting, reduce operational costs and improve the elements of smart city empowerment by replacing the current street lighting. LED street lights with energy-saving technology through the partnership project between the public and private sectors, and we are also seeking, in the second phase, to expand the geographical scope of the project to include the city of Al Ain and the Al Dhafra region.
He concluded: “We continue to achieve sustainable achievements through the exemplary employment of partnerships with the private sector, in conjunction with adherence to the highest international quality standards, to establish the emirate of Abu Dhabi’s position among the most preferred cities in the world to live.”

Literature A relationship with a man is a woman’s whole life goal, thought before: Author Vivian Gornick, 85, has fought for feminism all her life, but surprisingly many things are still the same