Abu Dhabi Media is expanding its partnership with STARZPLAY 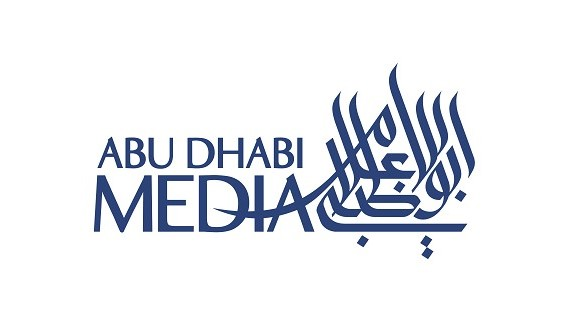 Abu Dhabi (Al Ittihad) – Abu Dhabi Media, the leading public media services company in the UAE, has announced the extension of its strategic partnership agreement with STARZPLAY, the leading video-on-demand service in the Middle East and North Africa, to provide 6 Arab and Gulf series and entertainment content. During the blessed month of Ramadan.

This comes as a continuation of the agreement signed earlier this year to display UFC events and fights to viewers across the Middle East and North Africa. The audience and followers under this agreement will be able to follow the Arab and Gulf works presented by Abu Dhabi Media during the holy month of Ramadan via the STARZPLAY platform at any time. Anytime, anywhere, from any device.

He continued: The comprehensive Ramadan campaign launched by “Abu Dhabi Media” through all its media channels under the title “# This_ Its Time” is characterized by a distinguished group of programs, productions and exclusive series, with the participation of a group of the brightest stars of art in the UAE, the Gulf and the Arab world, and we aim through this partnership to increase interaction Digital with different audiences with different interests.

Content Library:
On his part, Khaled Benshoush, Senior Vice President of Strategy and Original Content Management for STARZPLAY, said: We have witnessed an increased demand for original Arabic works, and from this standpoint we have established a content library for Arab business, and through this distinguished partnership with Abu Dhabi Media, we will have A variety of the most popular Arabic business we exclusively offer to our customers during the holy month of Ramadan. We are really excited to continue strengthening our partnership with Abu Dhabi Media, elevating it to more advanced levels, and continuing to diversify and expand the range of offers offered while ensuring outstanding content that matches the aspirations of our valued subscribers.

Series to be shown on STARZPLAY:
* Stuck:
After receiving a heart from a loving donor, a man becomes stuck between life and death, leading to the revelation of secrets from his family’s past.

Between a nose and two lips:

Altaf undergoes surgery that leaves a wound in her face, which will constitute a very harsh future for her, full of bullying, mockery and frustration.
* Incense of the poems:
A romantic drama that deals with a unique language about love, while circumstances change, feelings between loved ones may shift and either become stronger or wither and end. Watch the promotion here.
Temporary pulse:
Fate desires for a gynecologist to discover that she cannot conceive, and as she and her husband accept their fate with open arms, she discovers an amazing truth that will change everything.
* Aladdin:
Aladdin assumes that his two daughters are safe after he takes them home. However, he then discovers that they have fallen in love with the neighbors’ children and are planning to marry. Comedy series starring Abdel Nasser Darwish and Ahmed Al-Aounan.

When she saw:
It tells the story of two girls who live in an unexpected calamity after losing their loved ones in a terrorist bombing, a series that sheds light on the rejection of terrorism and interfaith coexistence, starring Khaled Amin, Amal Muhammad, and Laila Abdullah.

20 countries
The STARZPLAY service is available in 20 countries in the Middle East, North Africa and Pakistan, and offers subscribers more than 10,000 hours of films and content for children, Arabic series and exclusive works.
The platform ranks first in terms of the number of subscribers in the MENA region, and enables them to watch their favorite content at any time and on any device.
The platform offers thousands of types of premium content, including exclusive and original STARZPLAY works, such as Baghdad Central, and original STARZ content such as Power, Outlander, Spartacus and The White Queen.

Microscopic preview of Brussels and London on the Irish Protocol