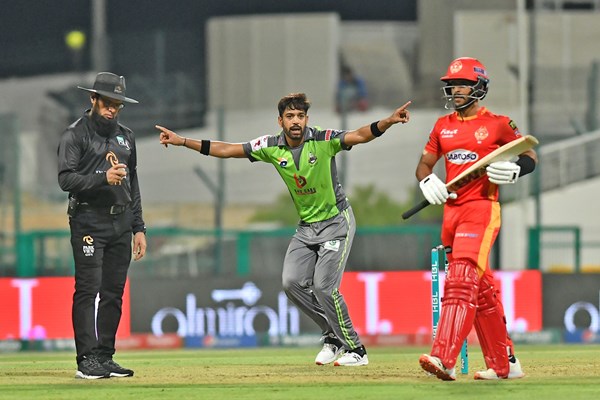 Abu Dhabi (Etihad)
Yesterday, the sixth season of the Pakistan Premier League resumed at the main stadium in Zayed Cricket Stadium in the capital, Abu Dhabi, after the league competitions were suspended last March in Pakistan, due to the discovery of positive cases among players and organizers alike. The competitions of the 6 participating teams in the league will continue until June 24, with matches taking place with a compressed playing schedule and 3 matches per day at 5, 8 and 10 pm.

For his part, Aref Hamad Al-Awani, Secretary-General of the Abu Dhabi Sports Council, expressed his thanks and appreciation to the National Emergency Crisis and Disaster Management Authority, the Department of Health – Abu Dhabi – and all relevant authorities, for their efforts in overcoming all difficulties, to complete the Pakistani Premier League competitions in the capital, Abu Dhabi, indicating The UAE has become an inspiring global model and at the forefront of international sports destinations, through its distinguished plans and its tight application of a set of controls, preventive measures and precautionary measures aimed at the safety and health of all.

Al-Awani said: “The Abu Dhabi Sports Council attaches the utmost importance to supporting recovery plans and initiatives for the gradual return to normal life, under its direct supervision over the stages of the return of sports activity in the Emirate of Abu Dhabi, and in Abu Dhabi we were able to host a group of elite international sports events, confirming the confidence of sports federations and institutions. The international community achieved the position that the capital achieved in managing the crisis, and after it became the safest in the world, and all the tournaments that were organized came out in their best forms.”

He added: “We welcome all participants in the Pakistan Premier League, including players and organizers, wishing everyone success and safety, and we thank the Zayed Cricket Stadium team, whose efforts combined with everyone’s efforts to host the league matches in a safe and comfortable manner, which reflects professionalism in work.

It is worth noting that the Lahore Calanders won the opening match against Islamabad United by five wickets, in an exciting match until the last moments, which heralds strong and friendly meetings between the teams participating in the sixth season of the Pakistan Premier League.