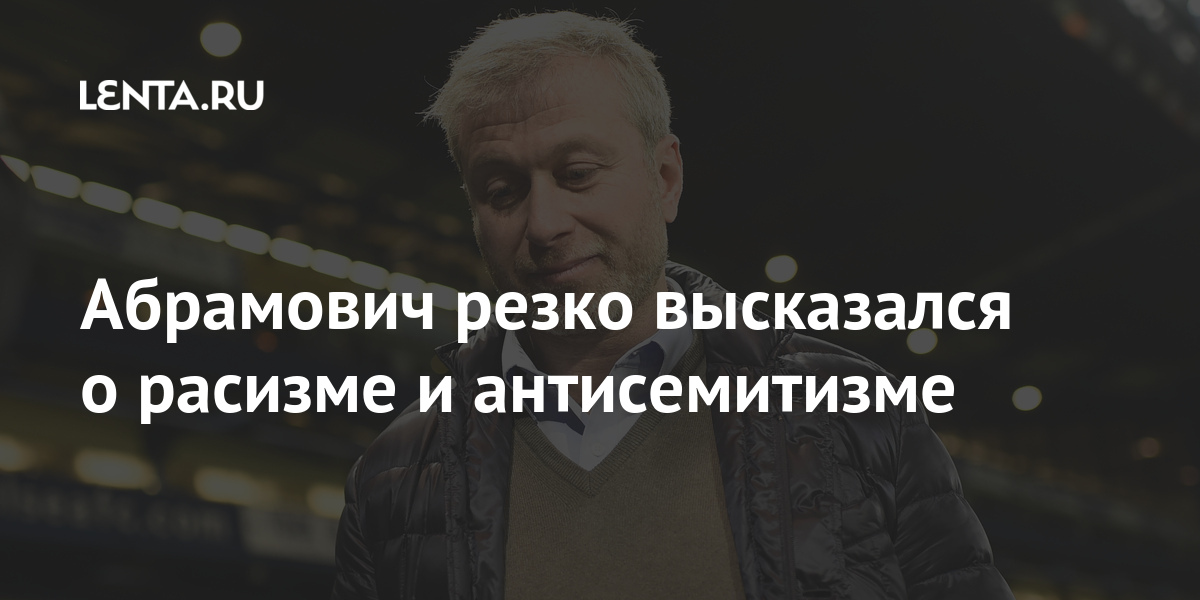 The owner of the Chelsea football club, Roman Abramovich, spoke sharply about the problem of racism and anti-Semitism in football, saying that “they should not have a place in our world these days.” Forbes writes about it.

According to the businessman, every time he is sent examples of racist statements about the club’s players, it shocks him. “It’s a shame that this is a reality not only for our players, but also for everyone who is exposed to this kind of abuse,” he said.

Abramovich said that if Chelsea can make a difference in the fight against anti-Semitism, racism and the promotion of tolerance, he is determined to support it and contribute in any way possible.

Earlier, Roman Abramovich addressed the players of the London club in personal letters, in which he promised to allocate more funds to combat any manifestation of racism. He also guaranteed the players absolute support, both from himself and from the club’s management.