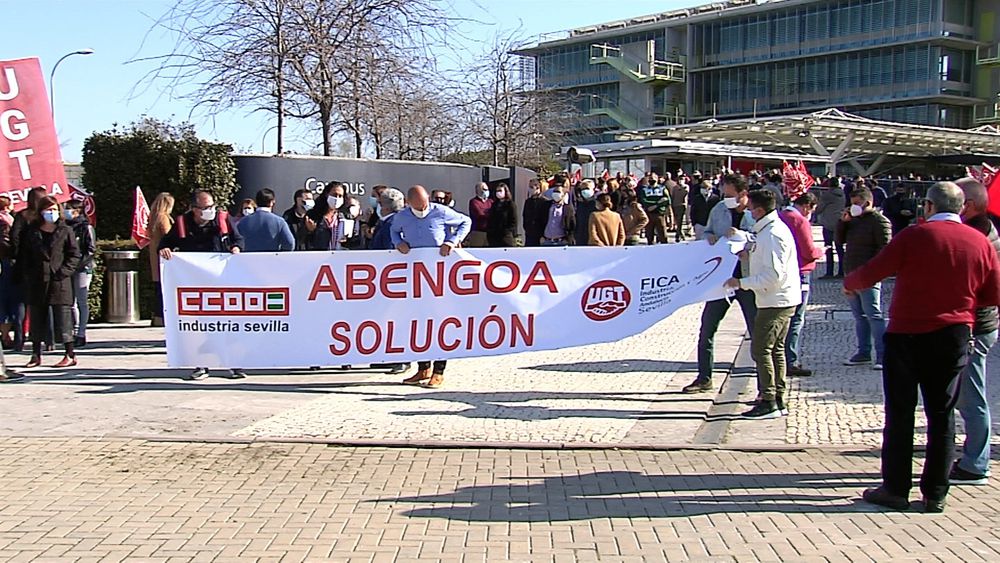 New chapter around Abengoa. This Wednesday, the managers of the company, through its subsidiary Abenewco1, have presented to the State Society of Industrial Participations (SEPI) the request for temporary support from the Strategic Companies Solvency Fund for a total amount of 249 million euros . This petition request is part of the communication of privileged information published on March 10, 2021 in the CNMV in which it was stated that “the company was working on an alternative solution in order to be able to close a new financial operation that guarantees stability and future of the group of companies within the scope of Abengoa and Abenewco1 ″.

Abenewco1 is the subsidiary to which the group’s management team transferred the assets and the most valuable activities of the parent company. In this way, the group seeks to preserve these assets and keep operating a subsidiary in which the company’s business and its nearly 13,000 employees are located and for which it has reached an agreement with the American fund TerraMar to give it entry into its capital. .

The landing of this fund is structured in three phases based on state participation through the SEPI fund and financing from ICO and Cesce, recovering the bailout signed last August, and a non-binding offer received from this investor, which he considers as “the only possible option at present”. For minority shareholders, grouped in AbengoaShares and now led by investor Clemente Fernández, “SEPI cannot support an operation of an American vulture fund that comes to take away a leading Spanish company using Spanish money.”

The granting of the aid is now pending until SEPI and the other competent bodies complete their internal procedures for due diligence, form a response according to whether it can be considered within the regulations of companies affected by the pandemic crisis. “Given that the company is currently pending the resolution of the competent Commercial Instance Court on the designation of bankruptcy administration, no measure is being proposed that affects it, and the proposal that will now be presented is the one that the Council of Administration of Abenewco1 has agreed for said company and its group of investees “, according to the communication made by the company.

This offer would consist of providing € 150 million in the form of a loan and € 50 million in the form of a capital contribution to Abenewco1. The 150 million loan would be divided into two disbursements, an initial one of 35 million that would provide Abenewco1 with liquidity in the short term and another of 115 million that would be subject to the fulfillment of certain precedent conditions. Once the precedent conditions have been met, Abenewco1 would carry out a capital increase subscribed by TerraMar for an amount of 50 million, with the aim of holding 70% of the capital stock of Abenewco1. The offer is conditional on the company’s financial institutions (SEPI, ICO and Cesce) providing new financing and new lines of guarantees, in line with the agreements signed and announced in August 2020.

The three phases would be successive. In the first phase, Abenewco1 would receive 35 million in the form of a loan and would have an advance on a new line of guarantees for an initial amount of 40. On the other hand, the signing of a new restructuring contract and financing commitments would be planned. in money and guarantees with the guarantee of the ICO and Cesce. These agreements would be subject to obtaining the consent of the different categories of creditors, and it is expected that they will be implemented in phase 2. Obtaining the aforementioned financing instruments is essential to give continuity to Abenewco1 and enable the following phases.

In the second phase, Abenewco1 would consider implementing a new restructuring agreement in line with the agreement signed in August 2020, applying certain changes and modifications to the debt instruments currently in force, which would in any case involve capitalizations and write-offs and making the appropriate modifications to include the execution of the investment operation by TerraMar. The execution of the restructuring agreement would imply a change in Abenewco1’s capital structure, with Abenewco1’s main creditors and the new investor becoming shareholders.

As a consequence of this, the accounting group of which the company is now parent would be broken and it will be headed by Abenewco1 and not by Abengoa SA. Additionally, in this second phase Abenewco1 would estimate to have available a syndicated bank financing similar to the one signed and announced in August 2020 of 250 million with ICO coverage for 70% of the amount, in accordance with the measures approved by the Government of Spain to support companies affected by the pandemic and a new line of guarantees for an amount of up to 300 million as an extension of the progress made in phase 1.

Finally, in phase 2, TerraMar would make the second disbursement of the financing for an amount of 115 million euros and Abenewco1 would carry out a capital increase subscribed by TerraMar to obtain 70% of the share capital of Abenewco 1. As a result of the capital increase, the new shareholders resulting from the restructuring described above would be diluted, reducing their holdings to minority positions. Likewise, it is estimated that the financial restructuring condition foreseen in the supplier agreement signed last July 2020 would be considered fulfilled and that the aforementioned supplier agreement would come into force and be executed.

The last phase of the financial operation designed would consist of the closing of the SEPI Financing. The funds obtained with this financing (that is, the 249 million) would be used mainly to repay the ICO Financing, and the remaining amount would be used for general uses of Abenewco1, always respecting the limitations and regulations applicable to the financing of temporary public support object of the request.

The Abenewco1 Board of Directors understands that the restructuring plan proposed on the non-binding offer received by the investor is the only possible option, under the current circumstances, for the relaunch of Abenewco1 and its group of investee companies. In accordance with the provisions of article 228.1 of the Consolidated Text of the Securities Market Law, it is stated that the information contained in this communication has the status of privileged information in the terms described in Regulation (EU) No. 596 / 2014 of the European Parliament and of the Council of April 16, 2014.

The State Attorney General: The UAE has placed protecting the rights of the child at the forefront of its priorities