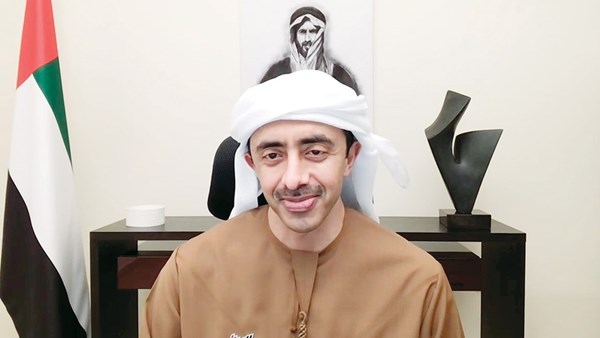 H.H. Sheikh Abdullah bin Zayed Al Nahyan, Minister of Foreign Affairs and International Cooperation, chaired the eighth meeting of the Higher Committee for Supervising the National Strategy to Combat Money Laundering and Terrorist Financing, which was held via videoconferencing technology.

The members of the committee were briefed on the latest developments in the implementation of the national action plan to combat money laundering and terrorist financing, in addition to future plans to achieve the required to the fullest. During the meeting, the members of the Committee reviewed the progress made by the concerned authorities and the most prominent achievements that have been achieved since the previous meeting of the Higher Committee.

The meeting also witnessed a discussion of the priorities to be implemented in the coming period by each concerned party to meet all the requirements and recommendations submitted by the Financial Action Task Force (FATF).