Abdullah Aqeedah Al-Muhairi to “Al-Ittihad”: Difficulty in reaching “needy families” … and complete confidentiality in dealing with them 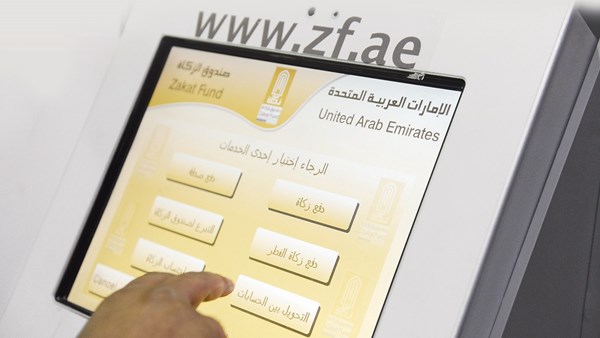 Abdullah bin Aqeedah Al Muhairi, Secretary General of the Zakat Fund, confirmed that there are more than 50 thousand families who have a file in the fund, and a candidate for an increase, and they are waiting for zakat money and philanthropists to overcome the circumstances and live a decent life, indicating that the Zakat base collected from the Zakat fund determines the number of applications received. In addition to the exchange policy, by which we guarantee that the beneficiary will live a stable and happy life, and that the fund spent approximately 42 million dirhams on the beneficiaries of zakat during the first quarter, benefiting 2,913 families nationwide, whether citizens or residents.
He emphasized that zakat is a right of the poor, and not a favor to which the believers can be reconciled, and that the funds of zakat are limited to their legitimate expenditures, and the fund is very careful for this matter, so the zakat money is not spent except as stipulated by the Sharia, through Sharia committees that decide on the submitted requests and study the files well. And with full transparency, and then take its natural course of drainage without interference from anyone.

electronic services
The Secretary-General of the Zakat Fund stated in an interview with Al-Ittihad: that there are more than 50 thousand families registered in the Zakat Fund, among them citizens and residents, and the fund faces severe pressure on the electronic services in the fund. For example, we target annually from 11 thousand to 12 thousand files annually, With a quarterly average of 3 to 4 thousand files, what if we received tens of thousands in the first quarter? Consequently, we are witnessing severe pressure on electronic services and on the fund’s resources, which are zakat money, and not a profitable party. We receive the Zakat’s money, and we distribute it to its legitimate banks through committees, and we face many challenges, and pressure on the network exceeds the capacity for absorption. There is a daily number that we receive so that we can study cases. He pointed out that customers’ complaints about the inability to include their transactions, because pressure on the network affects this, and they are forced to log in more than once. We need nearly 800 million dirhams to fulfill the requests.

He pointed out that there is an increase in the requests of those wishing to open a file in the fund … whose number of registered people has now exceeded more than 50 thousand families, and an increase in the number of cases, especially with the Corona pandemic, pointing out that some are unable to fulfill the repayment of loans, whether citizens or residents, Because of their lack of understanding of the mechanism of using loans .. also banks have contributed to the ease of obtaining loans in excess of income levels significantly, which led to a significant increase among debtors .. and the lack of awareness of borrowing, as well as those who borrow to buy or build beyond their capabilities, With what exposes him and his family to economic difficulties that affect his livelihood, and may push him to search for another source of financing with another borrowing, and thus he becomes vulnerable to entering into the cycle of debts, which may lead him to imprisonment in the event of inability to pay, so we call on the public to deal wisely when borrowing, or Taking steps to buy a modern house or car within the limits of the possibilities, and let us stop deceptive appearances, or show off, bragging and love to appear for their negative results, and many appearances led them to borrowing, whether in cars or villas, and let us be realistic. The negative phenomena have greatly affected.
He pointed out that one of the reasons for the pressure on the fund also with the high cost of living globally, including the UAE, is required to raise community awareness, and to raise the awareness of banks as well, so we cannot lend without a ceiling, and the need for a person to live at a normal level, not to imitate others, and let jealousy be Benign, in terms of work and production and seeking to adjust his status, otherwise he will be forced into debt.

Zakat banks
Al-Muhairi said: The Zakat banks in detail included those affected by Corona, and it is a bank from which 252 cases have benefited, with a total of 4 million and 56 thousand dirhams.

“love”
He pointed out that 155 cases benefited, during the first quarter, with a total of 5 million and 334 thousand dirhams, and the “affection” project falls under the Bank of the Poor and Needy, and aims to support the citizenship of the wife of the foreigner.

‘Cohesion’
Al-Muhairi indicated that 185 cases benefited during the first quarter, with a total of 5 million and 186 thousand and 500 dirhams, and the “cohesion” project falls under the bank of the poor and needy, and targets divorced women who have children, and the alimony does not meet their daily needs, and they do not have a breadwinner to help provide for them and their children. With the aim of raising the standard of living for the target groups, and helping this group to lead a decent life.

“supporter”
Al-Muhairi pointed out that 460 cases benefited from a support project during the first quarter of this year, with a total of 6 million 139 thousand and 512 dirhams, and a “supporter” – aimed at raising the standard of living for the target groups, and helping them to live a decent life. Helping families whose income does not meet the requirements of living and their obligations, with the condition that the age of the applicant for assistance is not less than 35 years, and the recipient for whom monthly assistance is paid is entitled to submit a renewal of his request after booking an appointment through the website after receiving the last batch of assistance.

“Amal”
Al-Muhairi said: Among the legitimate banks is a bank or the Amal project, from which 57 families benefited, with a total of one million and 108 thousand dirhams, during the first quarter, and the “Amal” project falls under the bank of the poor and the needy and targets people of determination among the handicapped.

“Givers”
The Secretary-General of the Zakat Fund indicated that 12 families of the debtors benefited from a total of half a million dirhams during the first quarter of this year, and the “salvation” project falls under the bank of the debtors, and aims to relieve the distress of those debtors whose circumstances placed them in the grip of debts that they were unable to repay. This category of citizens and residents who are struggling with financial issues are called “the debtors”, and they represent one of the Zakat banks. The fund pays zakat-due cases debts in case they have executive cases. “Kafil” for the families of orphans, 18 families benefited from it, with a total of 380 thousand dirhams. As for the “wage and wellness” project, 110 families benefited from it, with a total of 2 million dirhams, and 34 thousand and 485 dirhams.

Total confidentiality
Al-Muhairi emphasized that the needy families are difficult to identify or reach, but they are recognized through the recommendation of the trustworthy people, especially since some of them do not accept zakat, and they are made aware of their legitimate rights, so whoever nominates an abstinent family will be responsible for that before God No one should sympathize with giving an unworthy family zakat that is not their right, and there is a first among them, and he indicated that special attention should be paid to this segment, and committees are formed to search for them among us, and 51 families benefited, during the first quarter of this year, with a total of one million dirhams and 672 thousand There is complete secrecy in dealing with this category, and we aim from that to raise the standard of living for the target groups, and to activate the role of the Zakat Fund in the field of helping the needy families locally in order to achieve alleviating the suffering of this segment, And developing the trust of philanthropists and philanthropists in the fund to help this group.

“The elderly”
According to Al-Muhairi, 246 cases have benefited from this bank, with a total value of 4 million and 338 thousand dirhams, and he said: The “Say, Lord, have mercy on them” project falls under the Bank of the Poor and Needy, and it is directed to (senior citizens and residents), and aims to provide financial aid to a class of senior Age, in order to facilitate the difficult conditions facing them, and to ensure the provision of a decent life for them, in accordance with the words of God, the Almighty, “and say, Lord, have mercy on them as you raised me young.”

“Read”
Al-Muhairi said: The “Iqra” project has benefited 724 cases, with a total of 3465 million dirhams. It is a project that falls under the Bank of the Poor and Needy. It targets the student of knowledge in the school in order to help him pay tuition fees and continue his education, and aims to raise the educational level of the target groups, and qualify the eligible groups to be Productive individuals, and help those unable to pay the costs of tuition fees.

“And say, Lord, increase me with knowledge.”
Al-Muhairi said: The fund has taken care of this segment, which will be a source of the Zakat’s sources in the future, and instill the value of Zakat in them as worship and a social dimension, and 129 families benefited from it during the first quarter, with a total value of one million and 548 thousand dirhams, as the project «and say Lord give me more knowledge »falls under the bank of the poor and the needy, and aims to pave the way for the university student to reach progress, distinction and success, and take his hand to be a good beacon to build a conscious educated society, raise the educational level of the target groups and help those unable to pay the costs of tuition fees.

“when”
Ibn Aqeedah Al Muhairi explained that the “My Ummah” project falls under the bank of those whose hearts are made, and that 216 families benefited from it during the first quarter of this year, with a total of one million and 85 thousand dirhams. It is a legitimate bank and targets the category of new Muslims, as we are witnessing a large and growing turnout of the communities within the country. By embracing Islam.

“Frightened”
Urgent cases (Fazaa project) – Al-Mankoubin (relief project), from which 6 families benefited with a total of 37,250 dirhams. The “Fazaa” project falls under the bank of the poor and needy, and aims to provide urgent and emergency assistance to affected (stricken) cases, such as burning or demolishing houses, etc. … that is, help in urgent cases, which require rapid intervention, unlike those affected by Corona, as mentioned previously, which exceeded 4 million dirhams.

“Mercy”
Al-Muhairi said: The mercy (widows) project, 92 families benefited from it, with a total of 1638 million dirhams, and the “mercy” project falls under the bank of the poor and needy, and aims to help widows who have children over the orphan age.

Afghanistan celebrates end of Ramadan with ceasefire after weeks of violence

Concern in Italy over a coronavirus outbreak among Indian immigrants