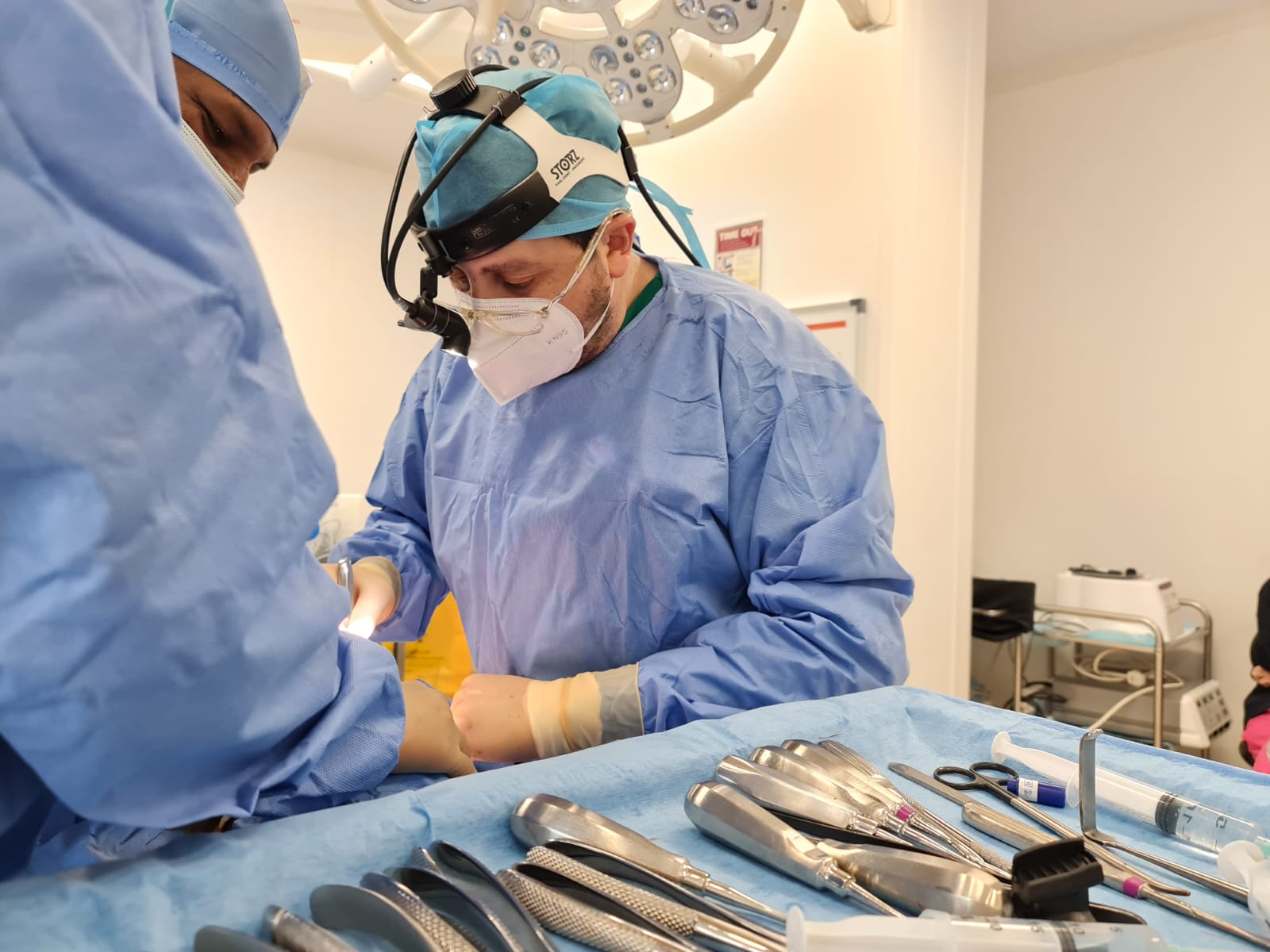 A team in Dubai managed to save an 18-year-old Emirati patient who had a rare form of cancer that had multiple tumors in the facial bones, an enlarged head (skull hypertrophy) and deformed limbs.

The young patient entered the Emirates Hospital – Jumeirah in Dubai and was suffering from multiple tumors in the face, and after conducting a series of careful examinations, it was found that he had a rare condition of tumors called “Gorlin’s syndrome”, which caused him to have multiple corneal cysts in the bones of the face and an enlarged head.

A medical team led by Dr. Jihad Al-Sukhun, an oral and maxillofacial surgeon, subjected the patient to CT scans, magnetic resonance imaging and tissue biopsies, and then the young man underwent a series of surgeries to remove the tumors.

The medical team was able to reconstruct the facial bones by installing sheets of titanium using 3D printing.

The efforts of the medical team were crowned with great success and the patient recovered well with excellent aesthetic results in the face.

Dr. Jihad Al-Sukhun said: This case highlights the importance of having an integrated center to determine the appropriate diagnosis and implement a comprehensive treatment plan to deal with these rare cases at Emirates Hospital in Jumeirah.

He explained that Gorlin syndrome is a rare genetic disorder that affects many organs and body tissues, and the rate of prevalence of this disease is one case in every 600,000 people among those with genetic diseases.

He added: “People with this disorder are at high risk of developing basal cell carcinoma during adolescence or early adulthood, and are also at risk of developing medulloblastoma (a type of brain cancer) and other types of cancer.”

He continued, “Gorlin’s syndrome may also cause benign (not cancerous) tumors in the jaw, heart or ovaries.

Signs and symptoms include a large head, unusual facial features, small pits in the skin, hands, and feet, abnormalities of the spine, ribs, or skull, eye disease, and developmental problems.