A woman got pregnant while pregnant: siblings conceived three weeks apart were born 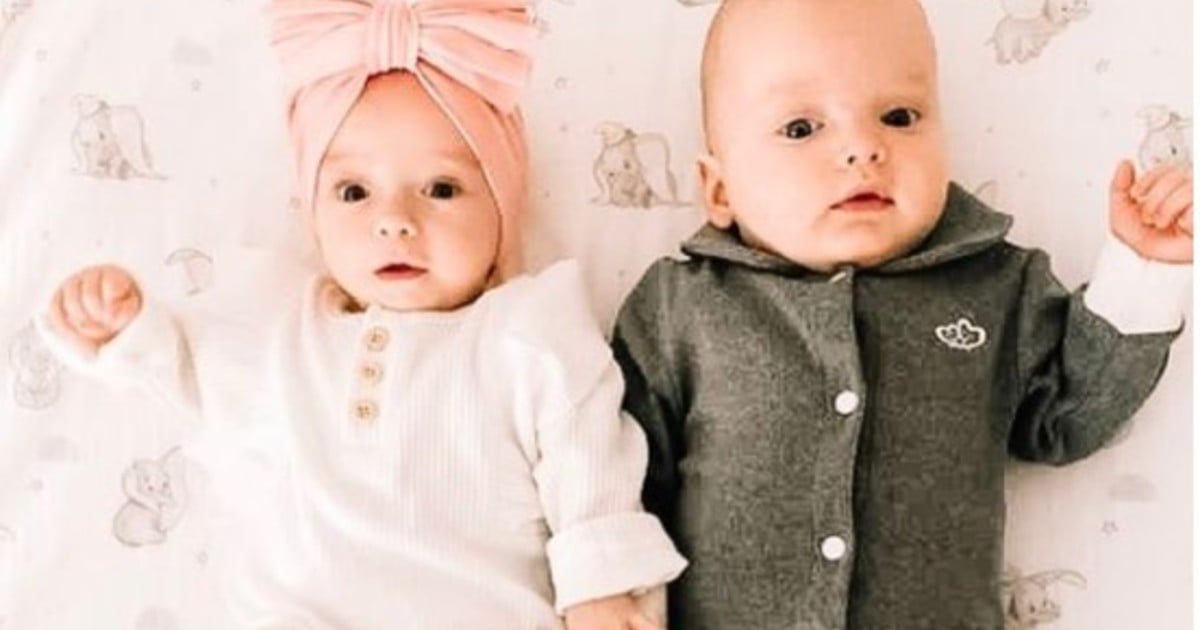 Rebecca Roberts she was determined to get pregnant. For more than a year she struggled with infertility, undergoing various medical treatments. The good news came through a home pregnancy test, but the surprise and joy doubled five weeks later when she underwent the first ultrasound just at week 12 of gestation.

Something surprising had happened: two little hearts beat in her belly. Roberts was going to have two babies. Her pregnancy was diagnosed as superfetation, a rare medical condition for which a woman may get pregnant you are already expecting another baby.

“I was shocked that they told me there were two babies instead of one. Then they told me there was a three-week difference in size between the two and that the doctors couldn’t understand,” says Roberts, who shared his experience and the growth of their babies through an account on Instagram: @ roberts.supertwins.

The ultrasound, with the two babies.

Noah and Rosalie were born on the same day, September 17, 2020, but they were conceived three weeks apart. The 39-year-old woman living in England had to undergo a cesarean section at 33 weeks of pregnancy, because the baby had a problem with the umbilical cord that prevented her from growing properly.

Noah weighed two kilos and Rosalie slightly more than one. Both were in the neonatal intensive care unit due to the premature condition in which they were born. The boy came home three weeks later and the girl remained hospitalized for 96 days.

The mother with Noah and Rosalie, who were born on September 17, 2020.

“They are a miracle,” Roberts wrote on his Instagram. “They are really special and I am so happy to be their mother and to be able to share this incredible journey with them,” added the proud mother who She claims to be the 14th woman in the world to have conceived after a superfetification.

“There are very few cases of superfetability registered in the world. They are pregnancies that should not occur because nature prevents it, ”gynecologist and obstetrician Carlos Szajnert Poler explained to the Telemundo network.

Noah and Rosalie, a very strange case. There are only 14 in the whole world.

“The body has mechanisms so that these pregnancies do not occur, but there were cases, although very few,” he added.

The exact number of cases of this type of pregnancies is unknown, however, The Washington Post said that as of 2018 fewer than 10 cases had been registered worldwide, according to a report published in the European Journal of Obstetrics & Gynecology and Reproductive Biology.

The brothers were born six months ago.

Dr. Szajnert, who practices medicine in South Florida, pointed out that for a woman to have a superfection, three things must happen: ovulate while pregnant, that an embryo is implanted in a pregnant uterus and that pregnancy develops in the uterus.

“When a woman becomes pregnant there is an interruption of ovulation. By a hormonal messaging mechanism, the ovaries are no longer ovulating, “he explained.

“That is one of the natural factors that prevents a pregnancy from occurring while pregnant. Another thing that has to happen is that the second pregnancy is implanted in the uterus, which is extremely rare, because when a uterus is already hosting a pregnancy , there is practically no possibility, the place, or the right conditions for another fetus to be implanted ”, he added.

For the obstetrician, these cases of superfetation are occurring with a little more frequency due to the significant number of people undergoing fertility treatments.

“Let’s suppose that a woman has infertility problems, but she becomes pregnant spontaneously because she ovulated and became pregnant, and on top of that, she undergoes in vitro fertilization. Or they do the in vitro test and get pregnant spontaneously a few days later. That is why, in the last 20 years, some more cases have been reported than previously seen, ”said the doctor.