A woman gets 111,000 dirhams from her divorce from the property proceeds 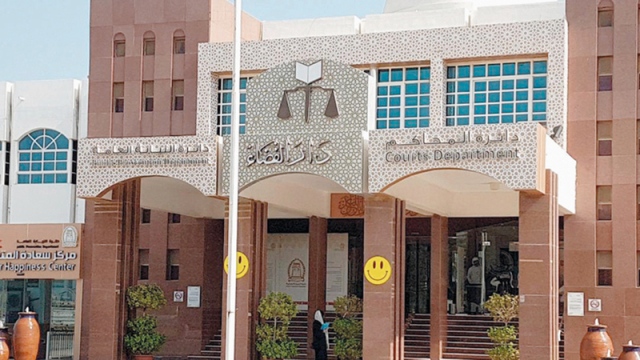 A partial civil court in Ras al-Khaimah has ruled that a Gulf man must pay his (Arab) ex-wife an amount of 111 thousand 98 dirhams and 92 fils, her share of the rent of her real estate, with the legal interest of 9%, and obligated him to pay fees and attorney fees.

In detail, the plaintiff stated in the lawsuit that she owned, in conjunction with her ex-husband, a land consisting of a swimming pool, a car umbrella, a wall, and a residential investment land containing a building (ground and two floors) under ownership.

She explained that her ex-husband placed his hand on the two properties and benefited from their proceeds without giving her her share of the income and rent of the two properties, since he gave her half of the ownership in 2019, and demanded the appointment of an expert in the case to prove her right and what the defendant seized from it, its usefulness, and determining what real estate she has. And obligating the defendant to pay the fees and expenses.

The defendant’s attorney demanded to reject the lawsuit because the plaintiff was the wife of his client and had three sons from him, before the divorce took place between them, and that he gave her half of the residential land and he was the one who built the land according to a coupon. It is invested and is still common, and the property was mortgaged with the bank to obtain a loan, and the two parties signed the mortgage contract, and agreed to purchase a residential building for the sake of investment in which the plaintiff is a partner, and he continued that his client wrote half of the residential building for the plaintiff.

He added that the bank deducts 15,000 dirhams from the salary of its client monthly, from 2010 until now, and therefore the plaintiff is obliged to pay 7500 dirhams to the plaintiff in exchange for what is deducted from his salary for the benefit of the bank, in addition to the so-called mortgage insurance of 1744 every three months, in addition to the services that His client does it for the building, indicating that his client did not invest in the residential building and did not lease it because the plaintiff refused to sign the lease contracts, and he requested the ruling to reject the lawsuit and oblige the plaintiff to pay 97,000 dirhams to his client, and obligate her to pay fees, expenses and attorney fees.

In the text of its judgment, the court confirmed that it considers, depending on what is stated in the lease contracts and the expenditures made by the defendant in the real estate, and based on the report of the delegated expert, that the net rent from the rental proceeds estimated by the court is 222 thousand 197 dirhams and 84 fils, and is divided between the two parties Equally between them, so that the plaintiff has a value of 111 thousand 98 dirhams 92 fils, and the court obliges the defendant to pay the plaintiff in exchange for her share of the property proceeds, and according to what has been done by the jurisprudence of the judiciary to pay her a legal interest at the rate of 9% annually of the amount, starting from the filing of the lawsuit until The date of payment, as well as the expenses and attorneys’ fees.

Cartagena nursery schools receive 948 applications for a place, thirty more than those offered

The war for schools: before deciding, the Court asked the opinion of the Attorney Eduardo Casal