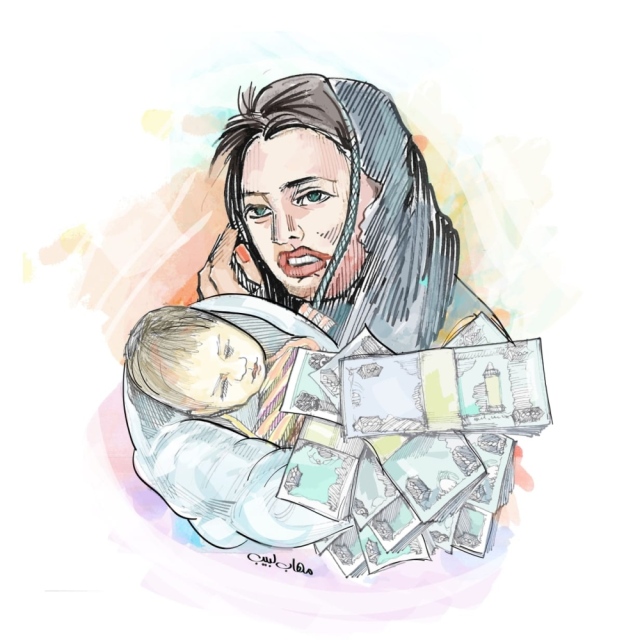 The Court of Appeal upheld a ruling of the Court of First Instance, which ruled that a lawsuit filed by a woman against a hospital and a doctor, requesting her to be presented to a medical committee, to determine the damages she suffered during her normal delivery, the court of appeal rejected the appellate’s request by ruling her to compensate Jaber for damages in the amount of five million dirhams, and decided to dismiss the case , And upheld the appealed ruling, and obligated the appellant to pay the expenses.

In the details, a woman filed a lawsuit against a hospital and an obstetrician-gynecologist, in which she demanded that the Supreme Committee for Medical Liability be delegated to assess the damages that resulted from the medical error and the damage that occurred to her, determine the percentage of disability suffered, and preserve her right to amend her requests in light of the findings of the report. Medical Committee.

She indicated that she was six months pregnant, and he had an ultrasound examination, and the diagnosis was made that the fetus suffers from a congenital heart defect, and she was transferred to the hospital of the first defendant, and she began following the pregnancy since the 31st week of pregnancy, and that she asked the doctor to treat the second defendant. Conducting a Caesarean section due to the health of the fetus, but she refused, arguing that the reason was not convincing for a caesarean section, and she insisted that a normal delivery take place, and during the delivery of her son she suffered injuries as a result of her delivery, and she went to the hospital for treatment, and she is still suffering from it, and it caused her damage Moral and psychological.

The report of the Supreme Committee for Medical Responsibility affirmed that the measures taken against the plaintiff are correct, and there is no medical error on the part of the defendants, and lacerations in the perineal region are among the complications known to occur with the presence of circumcision and childbirth, especially when using forceps, and these ruptures cause a vaginal-rectal fistula that needs For a surgical restoration, the court of first instance ruled the end of the case and obligated the plaintiff to pay the expenses.

This court did not accept the plaintiff’s approval, so she challenged the judgment before the appeal, and demanded to cancel the appealed judgment, return the case to the first instance court, and precaution to address its topic, and to judge again by neglecting the initial report and returning it to the Supreme Committee to reconsider the matter, and as a precaution, the appellant assesses compensation for damage by an amount of Five million dirhams.

In its ruling, published on the official website of the Abu Dhabi Judicial Department, the Court of Appeal clarified that the appellant did not ask the court of first instance except to order the delegation of the Supreme Committee for Medical Liability to assess the damages that resulted from the medical error, and the causal relationship between the error and the damage, and to submit a reasoned report, based on what has been proven It has after examining the plaintiff’s condition, examining her medical file, and determining the percentage of disability that was caused to her as a result of the defendants ’actions. There has been no change to these requests after the committee deposited its report, and then her claim is in accordance with her final requests before the court of first instance that are submitted to the Court of Appeal It is the case for proving the case, and the court decided to accept the appeal formally, and in the matter to reject it, uphold the appealed judgment and obligate the appellant to pay the expenses.

Mishustin instructed to provide data on salaries of state employees

Africa 7 days – Uganda: Museveni is declared the winner in elections marked as fraudulent