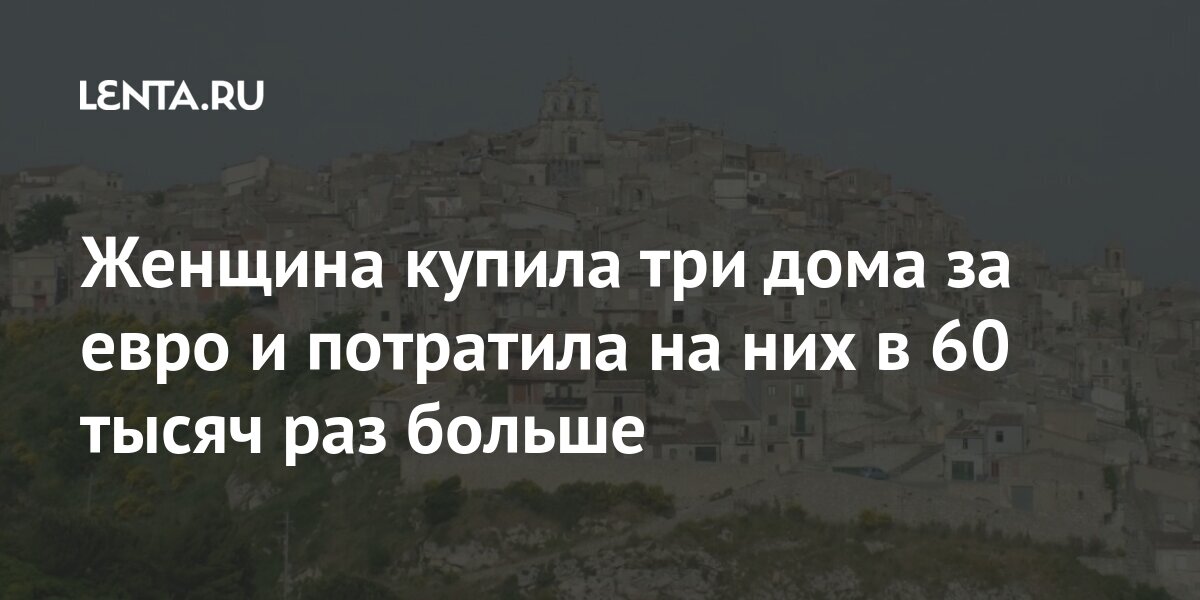 Businesswoman Rubia Diaz saw an advertisement for the sale of houses in Sicily for one euro and decided to accept a lucrative offer. She planned to spend her old age in a cottage with her family, but faced unforeseen difficulties, writes The Sun.

Several Italian cities have made headlines in recent years, offering buyers virtually free homes. In this way, local authorities hope to attract new people who will restore deteriorating real estate and “revive” the area. Anyone who buys a house in Sicily must renovate it within three years, otherwise they will lose their security deposit, which is 5,000 euros.

Back to the past

The Frenchman decided to build a real medieval castle. What came of it?

Rubia Diaz bought three buildings at once in the town of Mussomeli, one for each of her children, spending a total of three euros on them. However, she quickly realized that the real cost of repairing a dilapidated structure would not be one thousand euros, but tens of thousands of times more. To date, she has spent 12 thousand euros on labor and materials for the first house and expects the total cost of the renovation to be around 20 thousand euros. Thus, she will have to invest about 60 thousand in three houses.

The businesswoman advised to think carefully before purchasing such houses for euros, since their restoration will be very expensive. She also recommended that you familiarize yourself with the place where the property is purchased, since they all have different payment schemes and rules governing when and by whom renovations should be performed.

Earlier, a couple from a suburb of the Dutch city of Eindhoven became the first tenant of a house fully 3D printed. After the move, the couple shared their impressions with The Guardian.

Fashion – Barbara Blanchard: Advocate for Diversity and Inclusion in the Fashion World

Embarrassing and violent pitched battle in Seville: 15 injured and complaints of excess capacity