A wife refuses to implement a judgment to obey her husband 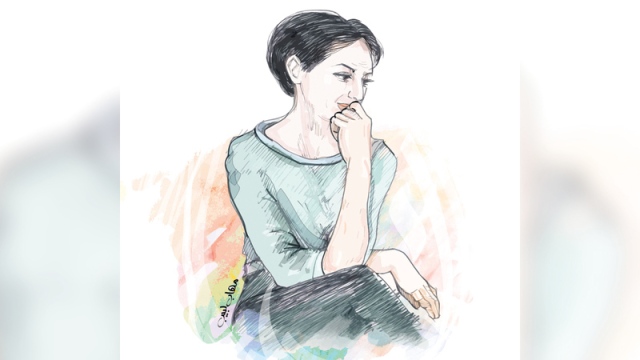 The Personal Status Appeals Court in Ras Al Khaimah upheld the ruling of the Court of First Instance, which establishes the disobedience of a (Gulf) wife, and the forfeiture of her right to spousal maintenance from the date of her abandonment of the marital home, after her failure to implement a ruling issued against her of marital obedience.

In detail, the husband of a newspaper filed a lawsuit, in which he stated that his wife refused to return to the marital home and take into account the affairs of her family and reciprocate his respect, and demanded the verdict to prove her disobedience and the loss of all her legal and legal rights, based on the evidence that she began to raise disputes and problems in all ways, and left the marital home, in July of last year, and she abstained from obeying him altogether, and she submitted a request to the Family Guidance Committee to divorce her for harm, obtain all her marital rights and prove custody and custody housing.

The Family Guidance Committee confirmed the impossibility of reconciliation, and the husband filed a lawsuit demanding that the wife be compelled to return to the marital home and enter into obedience to it, and not leave it except with his permission, while the wife filed a lawsuit in which she demanded her divorce due to harm, obtaining the back of the dowry, the maintenance of the waiting period, her entertainment, custody of the children and the maintenance of their home.

The husband’s client, Lawyer Ramzi al-Ajouz, requested a ruling to prove the wife’s recalcitrance and waive her legal and legal rights, while the wife’s attorney, lawyer Yusef al-Nuaimi, demanded that the case not be accepted for filing it other than the way prescribed by the Personal Status Law.

According to the reasons for the ruling of the Court of Appeal, the wife appealed against the ruling of the first degree of failure to cause and corruption in the inference and breach of the right of defense, because the husband intentionally harms her, and that her stay in his family’s home led to problems and harm to her, which prompted her to leave the marital home, and the husband and witnesses confirmed That his family spends on him and his wife, because he does not work and is unable to spend, and the claim of her right to deviate from him without disobedience, and the husband’s harm to her by refraining from implementing the ruling of her seeing her children, came to be unfortunate, and it is counter-productive.

The court clarified that the husband obtained a final and final court ruling obliging the wife to return to the marital home and decide on it and take care of the marital interests, but it refrained from returning without a legal or legal justification.

She pointed out that what the wife clung to in terms of the husband’s harming her as a result of his failure to implement the judgments issued in her favor with the vision of her children, but the scope of it is the competent execution judge and the powers he possesses to compel the implementation of the judgments, which makes the obituary misplaced and the court turns away from it, and with it the court decides to uphold the verdict The appellant and obligating the wife to pay the expenses.

– The man obtained a final court ruling obliging the wife to return to the marital home.

Climate change Biden Climate Summit kicks off, US pledges to halve emissions by 2030 – Live broadcast from meeting at 3 p.m.