A WHO recommendation regarding the AstraZeneca vaccine 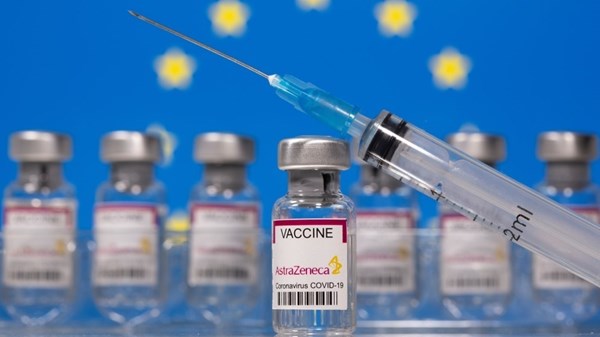 AstraZeneca and the World Health Organization have confirmed that there are no direct risks from using the AstraZeneca vaccine against Coronavirus, while an increasing number of countries have suspended the vaccine as a precaution due to concerns that it may cause blood clots and other possible side effects.

The last of these countries was Germany, Italy, France and Spain, while the World Health Organization recommended continuing to use the “AstraZeneca” vaccine in vaccination campaigns against the Corona virus.

The Director-General of the World Health Organization, Tadros Adhanom Ghebreyesus, announced that the WHO expert advisory group on vaccination “is in close contact with the European Medicines Agency.
Denmark was the first country on March 11 to announce a suspension of the use of the AstraZeneca vaccine as a precaution, due to fears that it could cause blood clots in people who received it.
Iceland and Norway followed suit on the same day, announcing the temporary suspension of the use of all their stocks of the vaccine due to similar concerns.
And on Monday, a member of a health-care team in Norway died of a cerebral hemorrhage after receiving a dose of the AstraZeneca vaccine, although there is no direct link between the two incidents, according to health authorities.
This is the second case of its kind that Norway has recorded in a matter of days.
Bulgaria suspended the use of the vaccine on March 12, as it opened an investigation into the death of a woman who received the vaccine a week ago.

An initial investigation stated that the woman had died as a result of cardiac arrest, while an autopsy found no possible link with her receiving the vaccine.
Thailand abruptly postponed the launch of the vaccine rollout on the same day, and the Democratic Republic of the Congo did the same, citing “precautionary measures.”
The next day, the Netherlands and Ireland decided to temporarily suspend the use of the vaccine, followed by Indonesia, Germany, Italy, France, Slovenia and Spain on Monday.
When announcing its decision, the German Ministry of Health said that it was necessary to conduct a more in-depth study after reports of incidents of causing blood clots in Europe.
Austrian health authorities suspended the use of a group of AstraZeneca vaccines against Covid-19 after the death of a nurse due to “serious blood clotting problems” days after receiving the vaccine.
Four other European countries, namely Estonia, Latvia, Luxembourg and Lithuania, also decided to suspend the use of these vaccines from this shipment, which was sent to 17 European countries and consists of one million doses.
On March 11, Italy decided to ban the use of a shipment of vaccine as a precaution, before Romania made the same decision.
And on Sunday, the Piedmont Province in northern Italy decided to suspend the use of the vaccine, following the death of a teacher who received a dose on the eve of her death.

I am Chile: 'José Feliciano' from Peru moves with "I'll be back sometime"