A week after opening its borders, Uruguay already has 70% of the population vaccinated with two doses 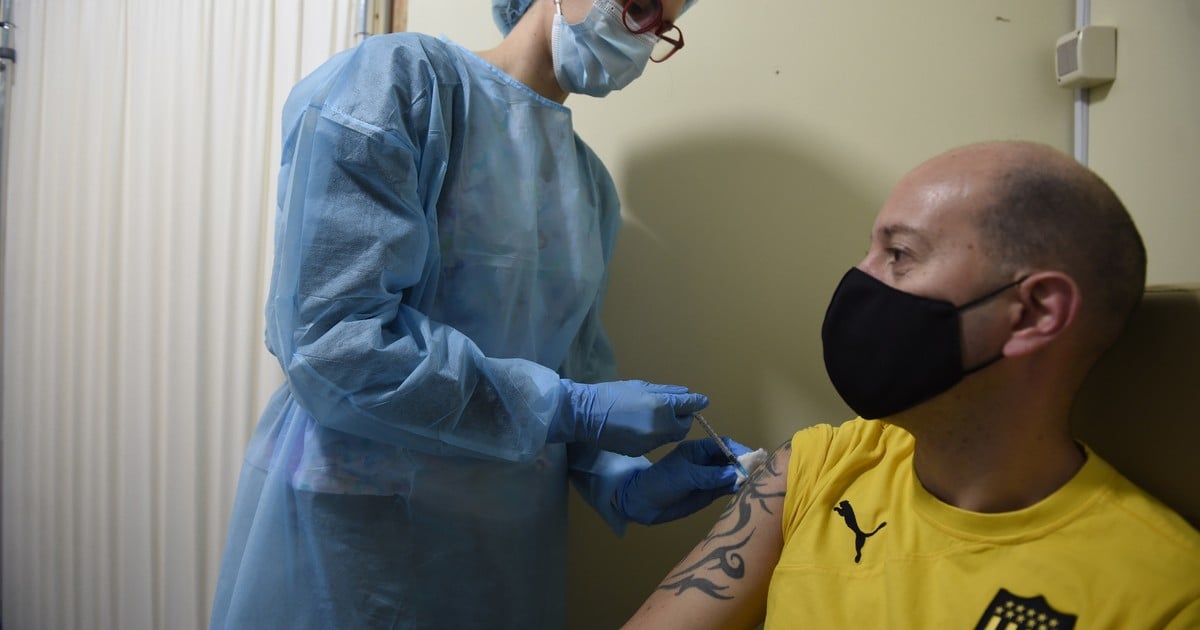 With the promise that next month, Uruguay begins to half the door For the entry of foreigners, in order and by segments, the neighboring country celebrated on Tuesday an important milestone in the fight against the pandemic: 70% of its population has already received two doses of the coronavirus vaccines.

According to official figures, 2,480,237 of the 3,542,025 people who inhabit the South American country have already been inoculated with the two doses of CoronaVac, Pfizer or AstraZeneca since March 1 of this year.

And now they are on the third dose, while they continue to vaccinate the rest of the population. Some 168,414 people await the second dose.

In mid-August, Uruguay began to apply a booster dose of Pfizer to those vaccinated with Coronavac, in a combination on which there are no studies but that local experts consider safe and necessary in the face of the threat of the contagious Delta variant of the coronavirus. 233,220 people have already received a third dose.

With 70% of the population immunized, the country registered, according to the latest figures available from the daily report of the National Emergency System, 123 new cases of 9,134 analyzes and five dead with covid diagnosis. But it has gone on for days without any death.

Those five deaths occurred in women from 58 to 75 years old.

After the news of the immunized was known, the Minister of Public Health, Daniel Salinas, shared an image on his Twitter account showing the figure reached by the South American country.

And on Tuesday night, President Luis Lacalle Pou himself celebrated the milestone on his official Twitter account.

The tweet of the President of Uruguay, Luis Lacalle Pou, celebrating 70% of the immunized population. Photo: Twitter

Uruguay has added, since the beginning of the crisis, more than 384,000 cases of covid-19, of which 1,318 are people who are studying the disease, 14 of these admitted to intensive treatment centers.

As of today, all departments register active cases.

He stays in the yellow zone of the Harvard index, which accumulates the weekly average of new cases of covid-19 per 100,000 inhabitants, with a record of 3.57.

The Harvard index (P7) was conceived by the Harvard Global Health Institute to measure the incidence of coronavirus in a country or territory, based on the average number of new cases in the last seven days per 100,000 inhabitants.

Uruguayans line up to get vaccinated with Pfizer in Montevideo. Photo: AP

And according to these parameters it divides a country or territory into four zones: red, orange, yellow and green.

Of the 19 departments (provinces) of the country, three of them are in the green zone: Río Negro (west), Tacuarembó (northeast) and Florida (center), while the rest are yellow.

Days ago, the Uruguayan Executive announced the progressive opening of borders as of September 1. At that moment, foreigners with properties in Uruguay they will be able to enter the South American country. In addition, they must be immunized against covid and will have to present a negative PCR test at the time of entry.

Subsequently, from November 1, any traveler who has completed the vaccination process.

Argentines who count with two doses of Sputnik V (does not apply in Uruguay).

Clarín newsroom with information from EFE