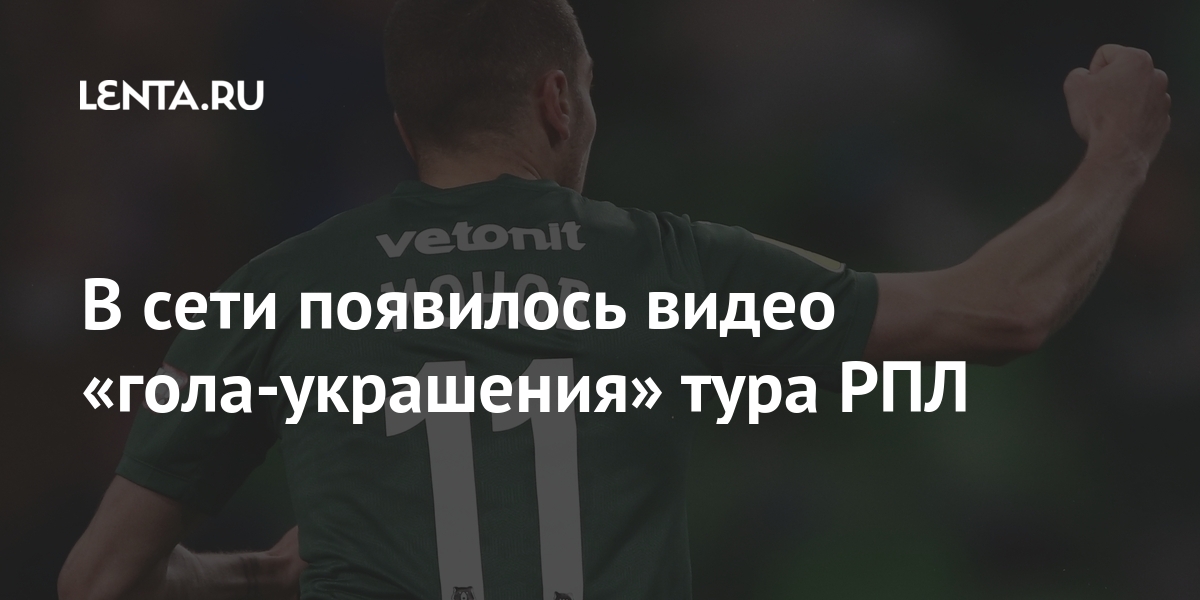 A video of the goal of Krasnodar player Alexei Ionov in the match with Zenit in the match of the 26th round of the Russian Premier League (RPL) has appeared on the network. The video is available in Twitter-account “Match TV”.

The gorgeous transmission of Gazinsky and the cosmic composure of Ionov. The second goal of Krasnodar is the decoration of the round 😍 pic.twitter.com/u4kg7dJQbE

The 32-year-old footballer scored both goals of Krasnodar in the game. In the 60th minute, he received the ball after a distant pass from Yuri Gazinsky. Ionov removed the Zenit defender with a false move and shot into the nine goal of the opponent’s goal. The goal on Twitter “Match TV” called “the decoration of the tour.”

The match between Zenit and Krasnodar ended in a draw with a score of 2: 2. Sergei Semak’s team retained the first place in the national championship standings.

Also within the framework of the 26th round, Akhmat’s forward Georgy Melkadze hit the Khimki goal with an overhead kick. The Grozny club outplayed their rivals with a score of 3: 1.

Evangelion: Get on the robot with this EVA-01 figure | EarthGamer