A vaccine against COVID-19 in capsules has been created 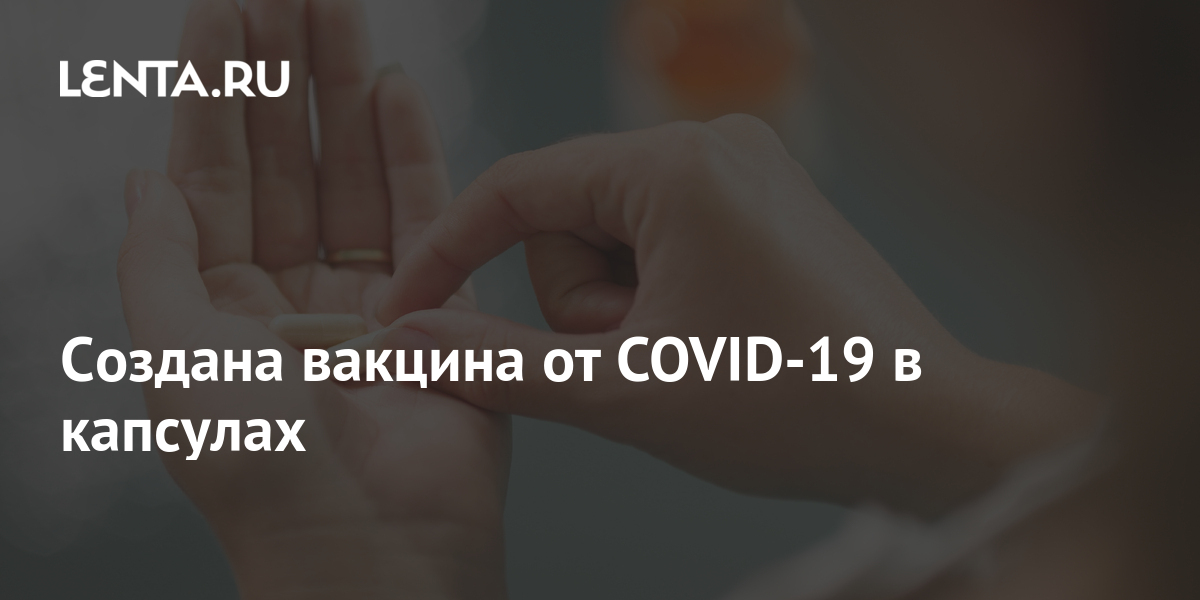 Israel has created the world’s first capsule vaccine against coronavirus and is preparing for its clinical trials. This is reported by the edition The jerusalem post with reference to the pharmaceutical company Oramed Pharmaceuticals.

The trials will begin at the Sourasky Medical Center immediately after approval by the Ministry of Health, which is expected in the next few weeks. The testing will involve 24 volunteers who have not yet received another vaccine. Half of the group will take one capsule, the rest will receive two doses of the drug. The research will take six weeks.

Oramed Pharmaceuticals CEO Nadav Kidron cited several benefits of the new oral vaccine. First, it is “more resistant to different strains of the coronavirus,” since, unlike Moderna and Pfizer, it targets the three structural proteins of the virus. Second, these drugs tend to cause fewer side effects.

In addition, the vaccine is easy to ship worldwide as it does not need special storage conditions. According to Kidron, it can be transported at standard refrigerator temperatures, and stored at all at room temperature. He suggested that in the future, this would allow people to take the vaccine on their own, at home.

The CEO of Oramed Pharmaceuticals added that he will seek approval of the vaccine in other countries if the trials go well. According to him, such drugs are especially needed in the states of South America.

Earlier, the head of the World Health Organization (WHO) Tedros Adan Ghebreyesus said that the wider the spread of the virus, the more variants will appear with the potential to become even more dangerous than the “delta” variant. He noted that as the number of variants increases, the chance that one of them will be able to dodge vaccines increases.