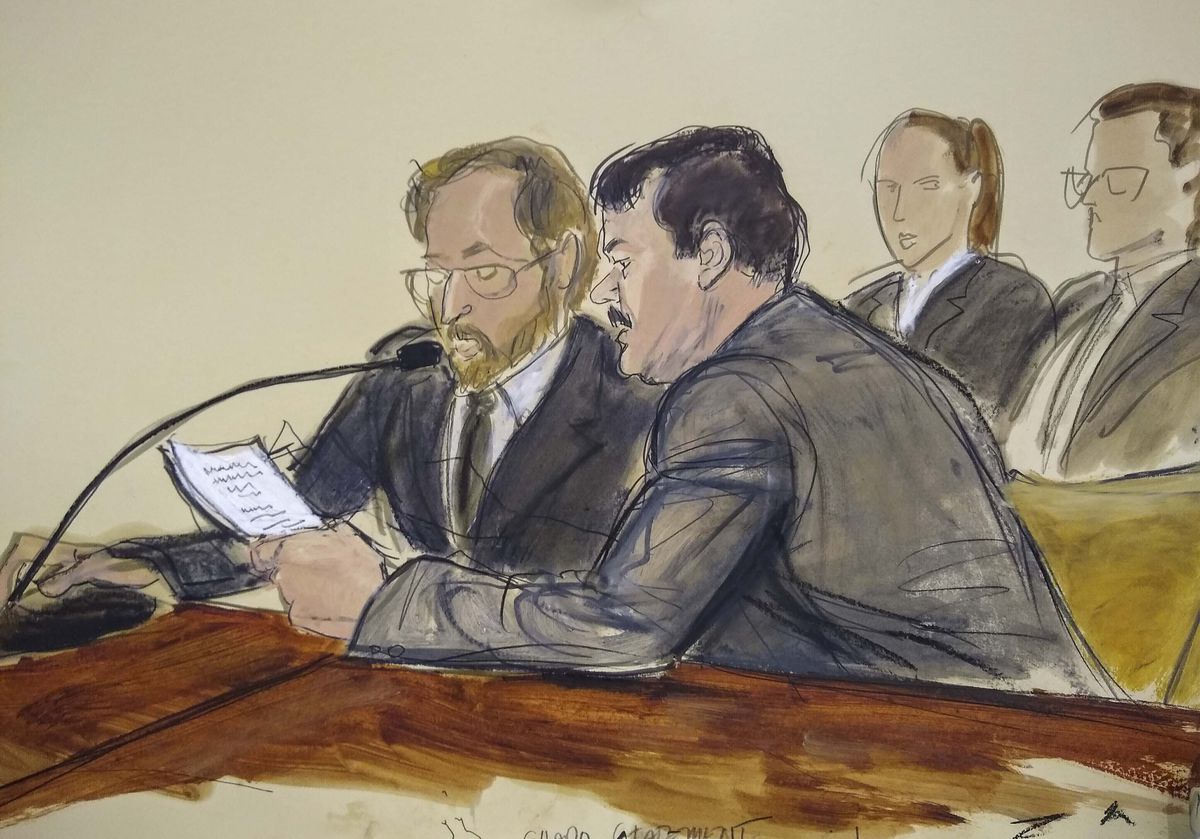 A US appeals court on Tuesday upheld the life sentence of Mexican drug trafficker Joaquín El Chapo Guzman Loera. The Court of Appeals for the Second Circuit in Manhattan has rejected the defense strategy that sought to annul the sentence against the bloodthirsty capo arguing the “unprecedented” restrictions on freedom that his client experienced since his arrest (two and a half years of solitary confinement) and an alleged malpractice by several members of the jury, who followed the news in the press despite the express prohibition of the judge who passed the sentence.

Guzmán’s lawyer, Marc Fernich, has reported through an email that the defendant will take his complaint to the country’s highest judicial authority, the US Supreme Court, according to the Reuters news agency. The 64-year-old Mexican capo escaped from prison twice, wanted to film a movie with Sean Penn and built a multimillion-dollar empire based on drug trafficking. In February 2019, he was convicted of trafficking billions of dollars in drugs and conspiring to assassinate enemies, as the leader of the Sinaloa cartel.

El Chapo is serving a life sentence in the maximum security prison in Florence (Colorado) known as Supermax, opened in 1994 to receive the most dangerous inmates in the United States prison system. Nobody has ever escaped from the ADX (Administrative Maximum Facility, acronym and name in English of the prison).

In February 2019, the fate of the most powerful drug trafficker was left in the hands of a jury made up of eight women and four men. The deliberations extended for more than 34 hours. Then, his wife, Emma Coronel, lived in freedom. At the end of December last year, Coronel, 32, was sentenced by a court in the city of Washington to three years in prison for the crimes of drug trafficking and money laundering, of which she had pleaded guilty. .

Public Enemy Number One was extradited from Mexico to the US in January 2017, where he remained in the custody of US authorities. The prisoner had been sent to a prison in Ciudad Juárez, in Chihuahua (in northern Mexico, on the border with Texas) in May 2016. Before that, Guzmán spent four months in the Altiplano prison, from January 8 2016, when he was recaptured in Los Mochis, Sinaloa. El Chapo had escaped from that same prison in July 2015, when his henchmen dug a 1,500-meter tunnel from a building to the capo’s cell. For more than six months he was the most wanted fugitive in Mexico.

Chapo’s defense to overturn the conviction was based on a report from the magazine Vice, which reported that five of the citizens charged with prosecuting 10 charges for 12 weeks that included drug trafficking, possession of weapons, money laundering and criminal association presumably ignored the judge’s warning not to follow the case in the media. The complainant, another juror, spoke anonymously in the article.

According Vice, reading in the press about the accusations of a witness, which were considered inadmissible in the trial and that spoke of how the narco had drugged and sexually abused underage girls, could influence the mood of these people. Federal prosecutor Hiral Mehta countered that courts should not overturn convictions based primarily on anonymous jurors’ statements to online sites. “The tests here are not competent, they just are not,” Mehta said.