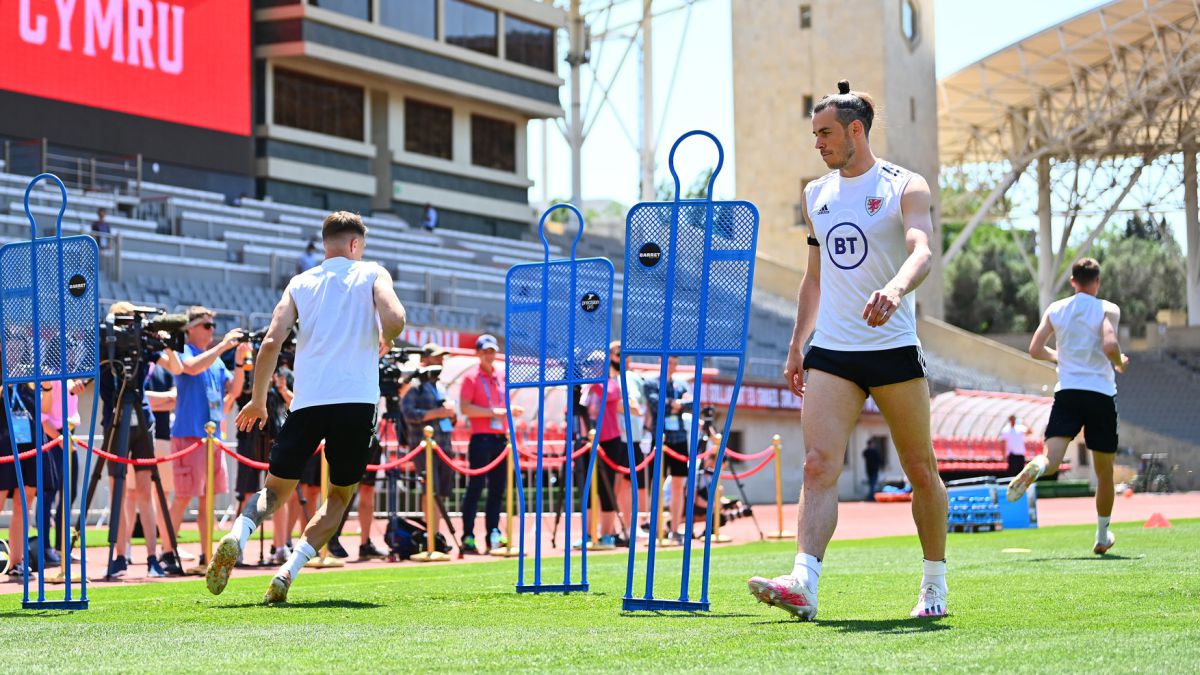 Hidden behind a shopping mall in the heart of the city and surrounded by a stone wall, the Welsh national team have their refuge in Baku, the capital of Azerbaijan. Unlike most teams that decided to stay in their country and travel to the venues only for the matches, the Welsh opted for the more classic option of concentrating in one city for the entire first phase. The chosen one was Baku, where they will play two of their first three games.

There is little reason to show that there, in the heart of the Azeri capital, a star as shining as Gareth Bale spends his days during Europe. No one is at the gates to fight for an autograph. No one stands guard to photograph their bus. Nor is there an excess of press that follows a modest selection like the Welsh, although it should be remembered that it was a semifinalist in 2016. The training is barely covered by the Welsh media and agencies. There are no foreigners or locals.

Even the members of security don’t seem to be particularly concerned about their concerns. The Welsh FA has set up a tent with which to have at hand all the facilities that its players require. There you can see Bale working in the distance, on the exercise bike, before jumping onto the grass to train with his teammates. In the same tent there is a giant TV screen and sofas to relax after workouts. After the session, Bale smiles relaxed in one of them while speaking with members of the staff. It is difficult to find a quieter place for him than there.

Nor do the Azeris who are asked about Bale react with great impetus. Either they don’t know who he is or they don’t know that he’s going to be around them during these days. Wales has found the ideal context to go unnoticed, something that Bale demanded and more so this summer in which it is not clear what his future will be: Real Madrid or Tottenham.

There is no golf course at hand for Bale, although he would not be able to use it according to the rules that players must adhere to during the tournament. After years of feeling watched daily at Madrid and Tottenham, the Welsh winger has found a haven of peace where he is just another stranger. Not even the most soccer-loving taxi drivers get excited talking about Gareth. In Baku he is one more person and, for the minority that knows him, one more player. Only in a place like this could he look like an alien and not a superstar.