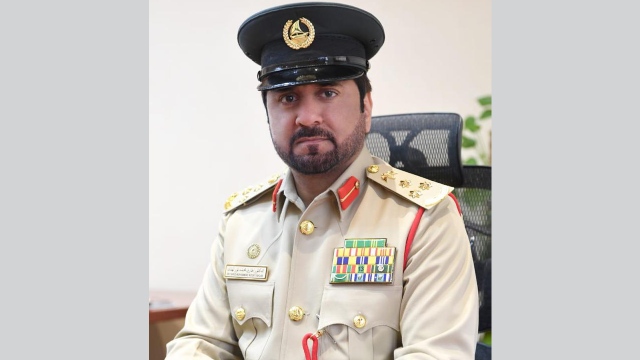 The Director of Nayef Police Station in Dubai, Brigadier General Tariq Tahlak, revealed the strange behavior of a bank customer, as he left the bank carrying more than a million dirhams in a plastic bag on a bicycle, which makes it an extremely easy target for thieves who lurk bank clients.

In detail, Perl said to “Emirates Today” that the center has adopted a preemptive approach in dealing with pickpocketing crimes or theft of bank clients, relying on targeting the victims themselves, not just the criminals, stressing that the center has made an important leap in the field of crime prevention, especially in a commercial area. Like Nayef, which includes many banks, exchange companies and various financial institutions, pointing out that the center’s work teams have gained great experience in the field of monitoring potential victims, and reaching them before the thieves.

He confirmed that a number of potential victims of theft crimes have been seized outside banks and exchange companies, including company employees and regular customers who are not committed to security and safety measures.

He pointed to an employee who was carrying more than a million dirhams in a plastic bag, rode a bicycle, exposed himself to theft, and appropriate legal measures were taken against him after bringing him to the center, including issuing a violation for not adhering to the procedures for transferring money.

He explained that companies should commit to assigning at least two employees the task of withdrawing and transporting money, so that one protects the other, in addition to the necessity of using a car to move from the bank to the company, and not walking on feet or using a bicycle, even if the distance is short.

He stated that the center provides direct awareness to bank customers on how to adhere to safe procedures, such as not counting money in front of strangers, talking to people they do not know, walking a long distance, or getting out of the car in the event of receiving a warning from a person, because some thieves intend to take out The owner of the vehicle used various tricks, such as deluding him that there was a defect in the car’s tire, so that someone could steal money while he was busy changing the tire.

Games Another game disappointment from Amazon: Now the technology giant is canceling the Tale of the Rings game

The Mafia of Naples: the Camorra pays tribute to its dead with murals and altars