A smart hat that helps treat depression and social phobia 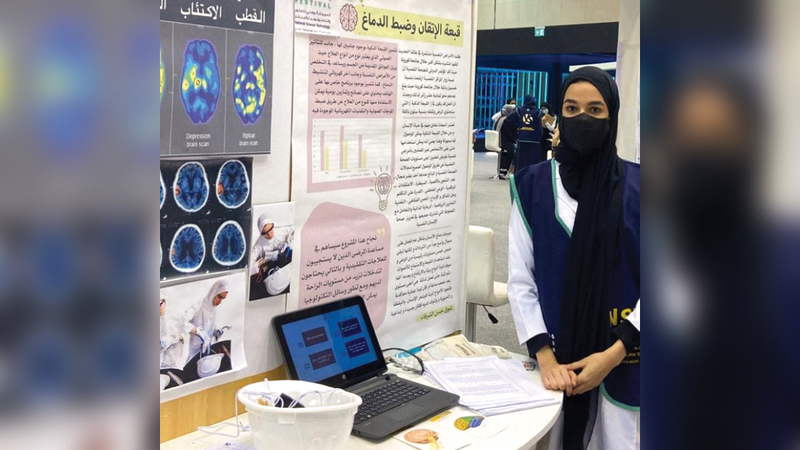 The student, Shawq Al-Shurafa, stated that the hat includes a technology to adjust sound waves of different frequencies, and a protector that protects the head of the hat user, in addition to connecting two headphones, equipped with calming sounds for treatment, in addition to connecting the hat to a special application via the phone, which includes daily exercises and tips that help in Live easily and improve one’s quality of life.

The student stated that she received great support from her parents and the school administration, in addition to some psychiatric hospitals, to complete the project, explaining that the patient’s complete recovery comes with time, especially for chronic diseases, but the stimulation performed by the hat improves the patient’s quality of life.

She explained that the human brain operates on a daily basis in the form of electromagnetic frequencies and waves, which control a person’s thoughts and play a major role in his life, and are reflected in his daily behaviour. Therefore, the project helps patients who did not respond to traditional treatments and need interventions that increase their sense of comfort and calm.

The student participated in her project in the National Science, Technology and Innovation Festival, organized by the Ministry of Education, and won the award for the best project for the middle stage in the Emirates Young Scientist Competition.