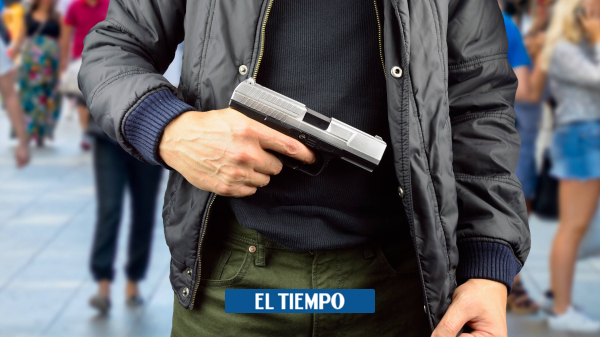 Reference image: The thief had intercepted the tourists with a firearm.

Reference image: The thief had intercepted the tourists with a firearm.

The events took place in the middle of a public road on Saturday night.

Three people died and 11 were injured on Saturday. for a shooting on a crowded street in Philly (Northeastern United States), police said.

“We know that fourteen people were shot and taken to hospitals. Three of those individuals, two men and one woman, were declared dead after arriving at hospitals with multiple gunshot wounds,” police inspector DF Pace told the press. “Police responding to the incident “observed multiple people shooting through the crowd,” he said.

“There were hundreds of people enjoying themselves on South Street, as they do every weekend, when the shooting began.Pace said.

The person in charge added that the security forces shot at one of the assailants, but it was not clear if he was hit. According to local media, there were no arrests. Pace said two weapons were found at the scene and police would have to wait until morning to review surveillance camera footage from stores in the area that were closed Saturday night.

Since the massacre in Texas on May 24, in which 21 people died, there have been more than twenty shootings with multiple victims in the United States, according to data from the Gun Violence Archive association.

-Controversy in Miami: school raffled weapons between students and teachers

-The United States seeks agreements to regulate the use of weapons

-Another shooting in the US: five people shot in a cemetery

Elections 2022, Sgarbi beaten by Casini: “It’s better than me, amen”

"I dedicate this flight to you, Mexico," said Katya before leaving for space