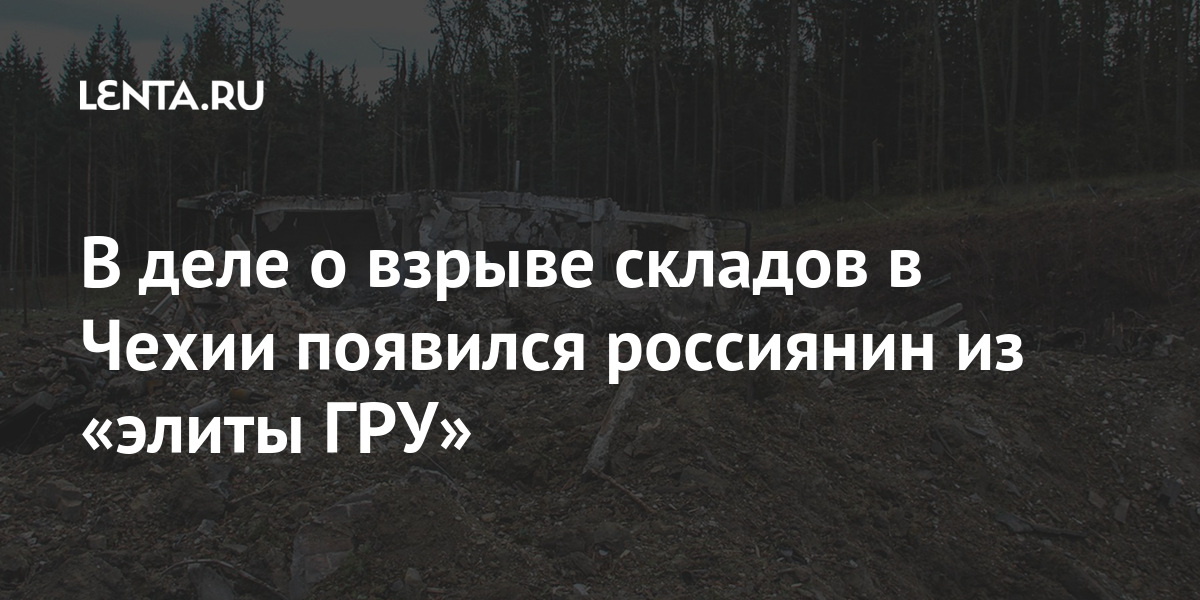 In the case of the organization of the explosions in the Czech Vrbetica in 2014, a third Russian suspect appeared. This is reported by the Seznam edition, citing a source familiar with the investigation.

According to the interlocutor of the publication, in addition to Ruslan Boshirov and Alexander Petrov, Sergei Fedotov, who worked at the Russian embassy in the Czech Republic, was allegedly involved in the explosions. As noted by the source, the suspect is a member of the “elite group of the GRU, known as unit 29155”. In addition, Fedotov is considered an expert on poisons and explosives – according to investigators, it was he who had to make an explosive device to blow up an ammunition depot.

Also, writes Seznam, Fedotov was previously seen in Bulgaria, when they tried to poison the local arms dealer Emilian Gebrev – he was the owner of the military products that were blown up in Vrbetica.

By now, the newspaper claims, the suspect has left Prague along with other employees of the Russian diplomatic mission who were expelled from the Czech Republic. It is known that among them was another Russian who “held the post of deputy military attaché until the special services and police reported the incident in Vrbetica.” No other information is given about him.

On April 17, the Czech Republic announced the expulsion of 18 Russian diplomats from the country. They are suspected of working for the Russian special services, which Prague considers to be involved in the explosions in Vrbetica in 2014. In addition, the Czech Republic has put the Russians Alexander Petrov and Ruslan Boshirov on the wanted list. They are said to have been at the site of the explosion. Moscow responded by declaring 20 employees of the Czech Embassy persona non grata.

The explosions occurred on October 16 and December 3, 2014, as a result of the first two people died. An estimated ten thousand kilograms of ammunition, including medium-range missiles, exploded. The reason for the incident remained unknown. According to one version, the explosion happened due to the negligence of the workers.