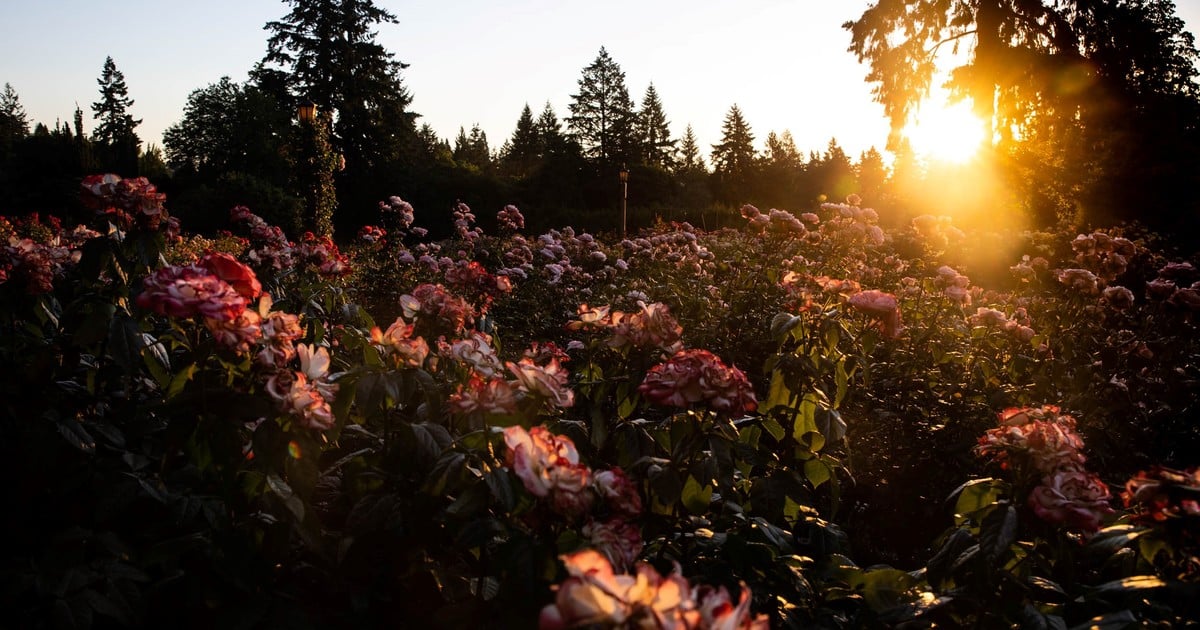 Canada prepared to experience the highest temperatures in its history as the western part of the country and parts of the United States boiled under an unprecedented heat wave, which forced covid-19 vaccination schools and clinics to close and postpone a qualifying athletics event for the Olympics.

The town of Lytton, British Columbia, broke Canada’s all-time high on Sunday, with a temperature of 46.6 degrees Celsius.

The temperatures have soared well above seasonal averages from the US state of Oregon to the Arctic territories of Canada, and meteorologists warn that the worst is yet to come.

A man runs in Portland, Oregon in the scorching sun. Photo Bloomberg

“We are the second coldest country in the world and the snowiest,” he said. “We often see cold waves and blizzards, but we rarely talk about hot weather like this. “

“Dubai it would be cooler than what we are seeing now. “

Due to climate change, record temperatures are becoming more frequent. Worldwide, the 2010-2019 decade was the warmest on record, and the five hottest years have occurred in the last five years.

Sunday in Seattle, Washington, the temperature reached 40 ° C, a record that surprised residents, unaccustomed to such hot climates.

“This is … ridiculous,” a city resident told AFP. “I feel like I’m in the desert or something.”.

In nearby Eugene, organizers were forced to postpone the last day of testing of the United States Olympic track and field, moving events from afternoon to night.

Across the border in Canada, stores were reporting having exhausted Stock of portable air conditioners and fans.

Several cities opened emergency cooling centers and community volunteers handed out water bottles and hats as the temperature broke more than 160 heat records in some locations, including Whistler, a city that is home to a ski resort.

Several vaccination clinics against covid-19 were closed and schools announced suspension of activities due to extreme heat.

In Vancouver, they installed temporary water sources and fogging stations in parks and on street corners, while forestry and fisheries services warned of extreme risks from forest fires and low water levels in lakes and rivers.

Environment Canada issued alerts for British Columbia, Alberta and parts of Saskatchewan, Manitoba, Yukon and the Northwest Territories, saying that “the prolonged heat wave, dangerous and historic will persist this week. “

The NWS issued a similar warning, saying that for this Monday “the highest temperatures of the historical heat wave underway are expected throughout the Pacific Northwest.”

The scorching heat, which is breaking records in Canada and the United States for more than 80 years, has been attributed to a high pressure ridge or belt that traps hot air in the region.

Nick Bond, an atmospheric scientist at the University of Washington, said this abnormal weather phenomenon it is not exclusively due to climate change, but is exacerbated by it.

“Climate change is a factor that affects, but definitely secondary“, He said.

“The main thing that is happening is this highly unusual weather pattern, but since climate change is real, our temperatures have warmed here, especially the summer nighttime temperatures, so it’s just raised the baseline and made this heat event much more severe. “