A quarrel reveals the illegal transfer of one million dirhams 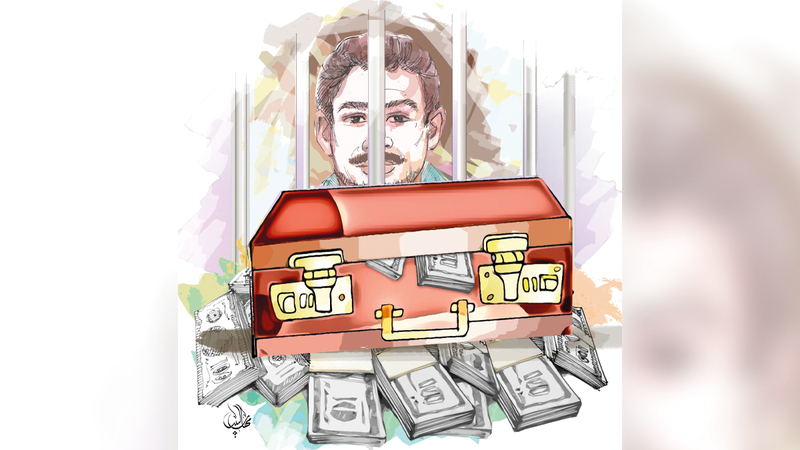 The process of illegally transferring one million dirhams from Dubai to China ended with a quarrel and chase in the street until the police intervened and arrested three people and confiscated the amount. The case was referred to the civil court to consider the dispute related to the amount confiscated by the police.

The incident began, according to the investigations of the Public Prosecution and the police’s evidence, when an African merchant living in China contacted one of his relatives who owns a general trading company in Dubai, and asked him to receive money transfers coming from an African country in the amount of one million and 74 thousand dirhams, and re-transfer them to him from Dubai to China via Intermediaries transfer money with lower fees through illegal methods, and the number of the first accused was sent to him in order to help him finish the transfer process.

The owner of the company located in Dubai, (the victim) said in the Public Prosecution’s investigations, that he had already received the amount and called the first accused and agreed with him on the details, and the latter told him that he knew someone who had experience in such matters, and then they met after preparing the amount to be transferred, and they went together to An electronics store where they met the second defendant, who told them that he could transfer only one million dirhams.

The victim added that the second defendant contacted a Chinese woman and agreed with her to carry out the illegal transfer, and she agreed on the condition that she send a person (the third defendant) to him to inspect the amount to be transferred, and get it after the end of the transfer process. From the amount through a money-counting machine, then he contacted the Chinese woman and told her that the amount was there, so she made money transfers to a number of bank accounts in China that the victim had previously sent to her through the second defendant.

Investigations by the Public Prosecution revealed that after the illegal transfer process was almost completed successfully, the woman informed everyone by phone that the money had reached the required accounts, and the victim called his relative in China and asked him if he had received the transfers, but the latter told him that he had not received anything .

At this moment, a dispute arose between everyone, and the third accused (the representative of the Chinese woman) insisted that the money had already been transferred and would not leave without the amount. The victim called the police, who attended and arrested everyone, and the latter accused the three defendants, including the first who had attended with him from the beginning and the owner of the electronics store, of colluding together to defraud him.

For his part, the legal representative of the second defendant in the case, lawyer Badr Abdullah Khamis, confirmed that the incident completely lacked any material evidence to confirm the role of his client in the accusation, as he was not aware of either the first or third defendant or even the victim.

He pointed out that his accusation by the victim is nothing but a complete slander, as evidenced by the testimonies of the rest of the parties, including the woman who made the transfers.

While the court stated in the ruling’s merits that it is not satisfied with what the Public Prosecution has gone to in its accusations, and what was mentioned are just statements sent that the complainant used illegal channels other than those set by the state to transfer his money, and it acquitted the accused.

Dubai Criminal Court referred the case to the Civil Court to consider the dispute related to the confiscated one million dirhams.