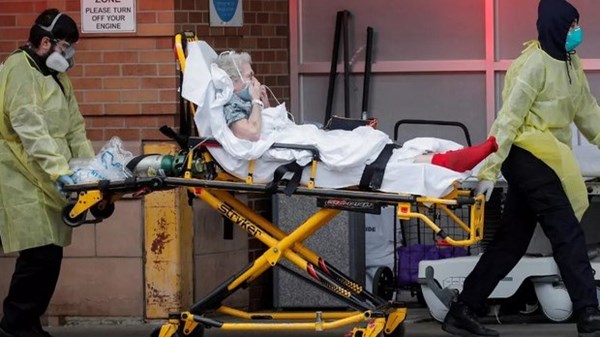 A prominent American expert in the field of infectious diseases has expressed his fear that a new mutation of the emerging corona virus will appear next fall that will be resistant to available vaccines against the epidemic.
And the media quoted Anthony Fauci, the chief infectious disease expert in the United States, as saying that so many variables appeared during the epidemic that he feared that a more dangerous strain of the “Delta” mutant would emerge.
The director of the National Institute of Allergy and Infectious Diseases in the United States also expected, in a television interview, that his country would be “in trouble” if more Americans did not receive a vaccine against the Corona virus. He also expected that daily infections would double and may reach more than 200,000 cases per day in the coming weeks in America.
“What we’re seeing, because of this increase in transmissibility, and because we have about 93 million people in this country who are eligible for vaccination and have not been vaccinated, is that you have a large group of people at risk,” he said.
Yesterday, Wednesday, the United States recorded 106,557 new infections with the Corona virus, with a seven-day rolling average of 90,576 cases.
That’s a 283 percent increase from the 23,613 recorded three weeks ago and the highest average since February 14, according to Johns Hopkins University data.
The chief infectious disease expert in the United States fears that the virus will become more deadly over time, even evolving to the point where it can outpace currently available vaccines.
“If we don’t squash the outbreak by vaccinating the massive proportion of the population, what will happen is that the virus will continue to circulate through the fall through winter, giving it a great chance of mutating into a dangerous variant,” Fauci said. “Quite frankly, we are very fortunate that the vaccines we have now are working. Very well against variants, especially in severe illness. But there can be a variant that pushes delta aside.”
He warned that the new mutation may pose a big problem for the United States.
“If another mutant occurs that has the same high transmissibility but is also more dangerous, we could really be in trouble,” Fauci said.