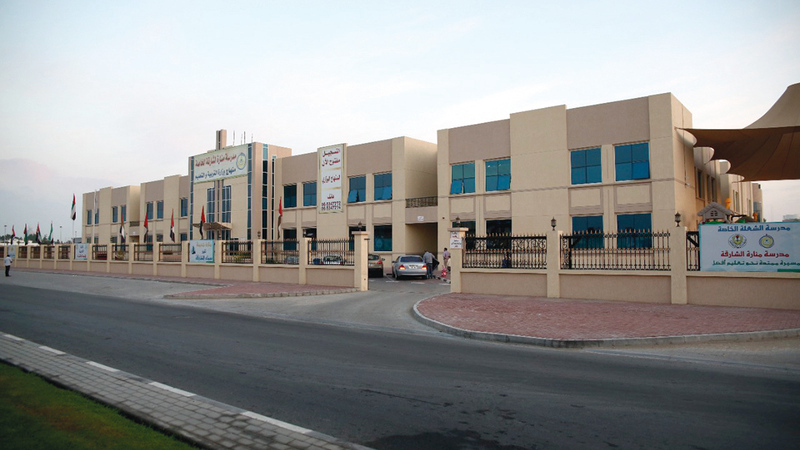 The Sharjah school administration has allocated a digital safety team, and launched several initiatives to reduce the electronic risks that the school community may be exposed to, by developing a plan to follow up on the wrong use of the Internet within the school walls, and to monitor the quotas and the behavior of students in the classroom.

The administration of Manarat Sharjah Private School confirmed that it has followed many procedures and measures to enhance its electronic security, by securing the network infrastructure, given the great role of the Internet in the current educational system, pointing to the provision of an electronic network that enjoys the highest levels of security and safety in its infrastructure.

She added that the new educational system requires spending a long time in front of electronic devices connected to the Internet, which leads to a high rate of expectations of damage and risks, noting that it was keen to play its role in protecting members of the school community, immunizing them against these dangers through awareness lectures, and designing guiding posters. And disseminate it in school communication channels to ensure that it reaches the largest possible number of members of the school community.

It indicated that it had designated a channel for reporting electronic abuse, and circulated it to students, to ensure communication and reporting of any abuse that might occur, noting that it was keen to develop a culture of reporting such abuse and not remain silent about it.

She stressed her keenness to invest the students’ energies and potentials, by forming a team of students passionate about the digital world under the name “Digital Leaders” team to educate the school community by providing a set of tips on how to use the Internet productively and positively, pointing out that it was keen to take the views of students’ families and measure The extent of their satisfaction with the electronic services provided by the school through a periodic questionnaire sent to the students’ families, and the concerned team is studying the responses and suggestions, to amend the adopted policy based on the recommendations and feedback.

She stated that the school has prepared a guide for members of the school community to familiarize them with the safe electronic policy, ways to avoid falling into the dangers of the Internet, and the mechanism for reporting digital abuse.

It also directed the students to regulate the time of using the Internet, not to leave it open, and to avoid talking to strangers about family issues or exchanging private photos with them.

She called on them to be careful to use devices and the Internet for the purposes of learning and scientific research, and to avoid downloading malicious and unlicensed programs.

The guide emphasized dealing with the ethics of the real society in the digital society.

• “The school has designated a channel to report the electronic abuse that students are exposed to.”