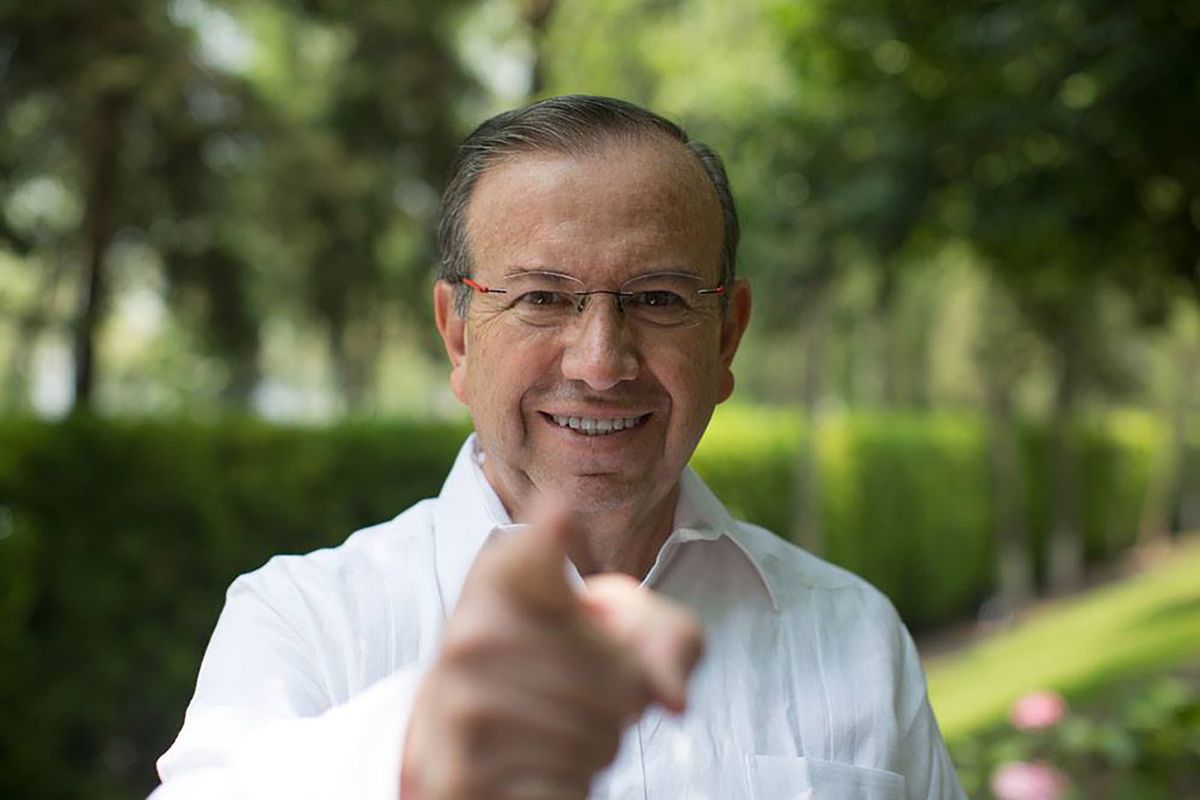 The senator for Sinaloa Heriberto Manuel Galindo, of the Institutional Revolutionary Party (PRI), planned in 2011 a frustrated business with which he planned to collect 127 million euros through Andorra, a European country then shielded by bank secrecy, according to documents to those that EL PAÍS has had access to.

The congressman was a partner of a Uruguayan firm that signed an agreement to advise on the execution of a power plant of the public company Petróleos de Venezuela SA (PDVSA) during the last stretch of the mandate of former President Hugo Chávez (1999-2013).

The senator and his partner in the Uruguayan company, Daniel Sánchez Scott, expected to collect 57.5 million euros for an “initial advisory project.” And receive up to a total of 127 million when completing their consulting work. The advice focused on an installation designed by PDVSA in the Venezuelan town of El Manglillo, according to the documents.

Galindo did not hold any public office when he planned the business, but he was deputy secretary to the presidency of the CEN of the PRI, the decision-making body of the tricolor party. Before his landing in the Senate, the president was a federal deputy (2012-2015), ambassador to Cuba (2000-2001) and consul general of Mexico in Chicago (1998-2000), among other positions in a career dedicated to the public sector. which starts in 1973.

Through his Uruguayan company Mindaris, the politician signed in 2011 a “service provision” agreement with the Venezuelan foundation Terra Nova to collect from the Venezuelan state oil company.

The Banca Privada d’Andorra (BPA), the financial institution where Galindo and his partner planned to deposit 127 million from PDVSA, distanced itself from its “clients” in June 2011 after the entity did not receive the required documentation on the mysterious operation with PDVSA. “The clients have not presented themselves and the operation has not been completed, therefore we dismissed it,” the bank settled in a confidential report.

Galindo denies to this newspaper having had an account in the BPA, but admits that he was a shareholder in a percentage that he “does not remember” of the Uruguayan firm Mindaris. His partner in this company, he maintains, “was a Mexican friend who passed away.” “Mindaris was created, but did not develop any projects. I didn’t put in a dollar. I do not know if my partner made arrangements with the BPA. I do not know the business that PDVSA tells me about. I was never in Venezuela or Uruguay ”, the congressman assures by telephone.

Despite the refusal of the PRI representative, the confidential minutes of the BPA money laundering prevention department include three mentions of Galindo and his partner between March and June 2011. The senator today appears as the second person with the most weight in the frustrated business millionaire with the public company.

The bank even had a meeting scheduled to clarify details of the business with the parliamentarian and his partner, according to the documents. “The visit of the representatives of the Uruguayan companies is scheduled,” notes the entity on May 31, 2011.

Galindo appears in internal BPA documents as “former PEP”, an appellation that refers to a Politically Exposed Person, a label that serves in financial jargon to identify public officials or former leaders susceptible to receiving funds tainted by corruption. And it is that the PRI politician, 70 years old, has held positions in the Administration and public companies since 1973, when he landed as head of information in the Company of Light and Power of the Center.

According to the documents, the objective of the Mindaris de Galindo company was to carry out feasibility studies for an electricity generation plant in Venezuela. And he sealed a “service provision agreement” with the Venezuelan Terranova Foundation, which, in turn, was going to receive funds from the Chavista government through the National Bank of Venezuela.

A dark foundation under the DEA’s radar

The BPA asked Galindo’s partner for information on the intermediary entity in the business with PDVSA, the Terra Nova Foundation. “We have yet to clarify who is the founder of the NGO and an audit of it.” And faced with the refusal, the bank decided in April 2011 to commission a report on this institution from the private academic association International Center of Economic Penal Studies.

The document of this body connects the alleged NGO with a string of irregularities. “The Terra Nova Foundation has quite vague tasks […]. Since its formation in Bolivia, it has been under preliminary investigation by the US DEA.The origin of the funds allegedly discharged by Venezuela is being analyzed. […]. External commissions abound, inexplicable triangulations, very burdensome consulting contracts… ”, includes a report that links the entity with“ Chávez’s circle ”.

“At first glance, it would seem like a political project, but US sources perceive that [la Fundación Terra Nova] it could be the screen of a source of corruption ”, adds the text, which is fed by different US government agencies and Interpol.

Galindo’s relationship with the Mindaris society does not appear on the page of the parliamentary Congress website, where the politician presents himself as the owner of Ganaderías San Benito, the Japanese restaurant Miyiko and the firm Asesoría y Consultoría.

The internal minutes of the BPA state that the bank accumulated numerous documents on the origin of the funds of Galindo and his partner, such as the agreements between PDVSA and Terra Nova or a “letter sent to PDVSA of the payment to Mindaris.” The BPA documents also link Galindo and Scott with a second Uruguayan company, Mifegold, which – according to a bank record – was engaged in construction, tourism development and “construction competitions.”

The senator and his partner announced to the BPA their intention to deposit 25 million euros of the first advance of the business in an account in the European principality where a Panamanian company would appear as the owner. The two landed as clients at the Andorran bank through its former delegate in Mexico, Joan March Masson.

Galindo’s connection with the BPA joins that of other PRI leaders unveiled by EL PAÍS who knocked on the door of this Andorran financial institution. The payroll includes the governor of the State of Mexico, Alfredo del Mazo; former deputies Óscar Lara Arechiga and Francisco Arroyo Vieyra; the lawyer for former President Enrique Peña Nieto, Juan Ramón Collado; and Senator Sylvana Beltrones, daughter of the former president of the tricolor formation Manlio Fabio Beltrones.

The BPA was intervened in March 2015 by the Andorran authorities for allegedly laundering funds from criminal groups. The group of former Chavista officials who allegedly looted 2,000 million from PDVSA or Odebrecht, the Brazilian construction giant that starred in the largest corrupt plot in America, swelled the list of clients of this financial institution.

Power struggle for chancellor candidacy: Showdown between Söder and Laschet – the deadline expires on Sunday