A powerful volcanic eruption in Iceland hit the video 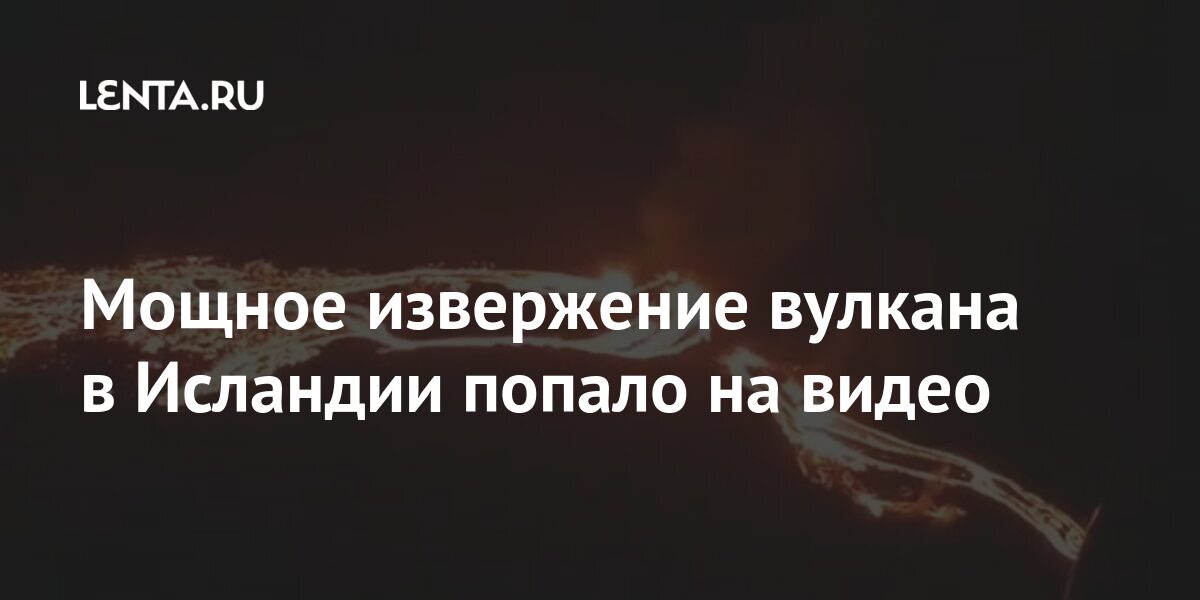 In Iceland, on the Reykjanes peninsula, 35 kilometers from the capital of the country, Reykjavik, a powerful eruption of the Fagradalsfjall volcano began and got on the video, reports Reuters…

The footage shows how smoke emanates from the crater of the volcano, and lava flows down the slope. Residents of the city report that the sky over the Icelandic capital has turned red. The powerful natural phenomenon was preceded by a series of small eruptions that lasted the past few weeks, as well as an increase in seismic activity – 40,000 weak earthquakes have been recorded on the peninsula over the past few weeks.

Previously, the video caught the eruption of the Klyuchevskaya Sopka volcano in Kamchatka. The footage shows how smoke emanates from the crater of the volcano and red-hot debris is thrown out. It is noted that the video captures the emergence of a new cone of the volcano.