A portrait of a Russian ATM user is described 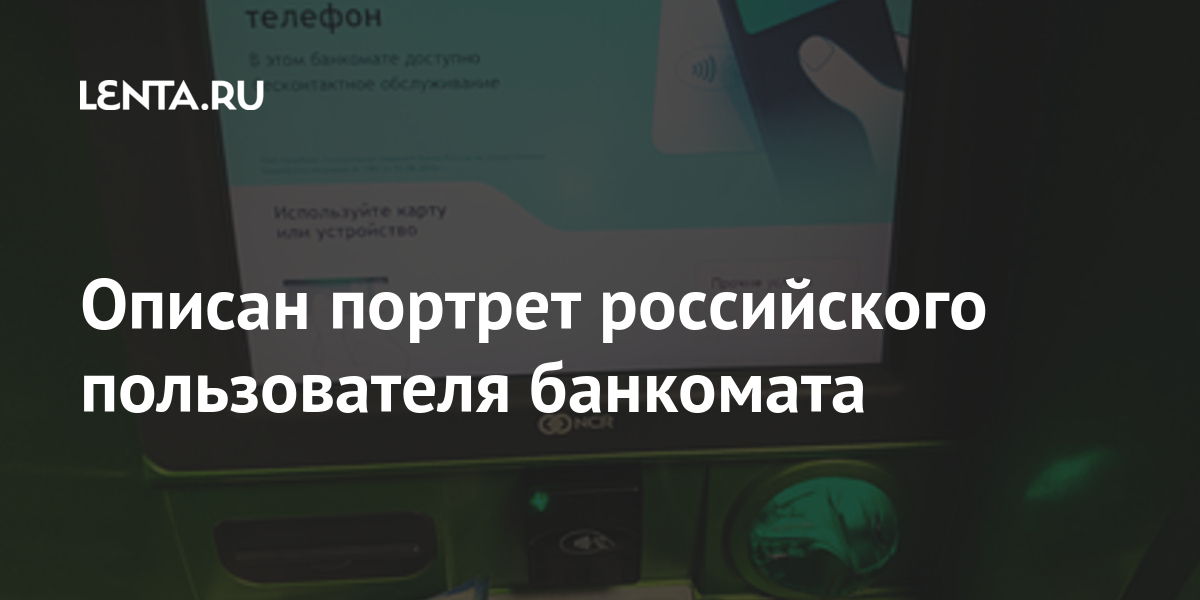 The average Russian who uses an ATM is 47 years old. He withdraws more money than he brings in. Writes about it RIA News with reference to the study of the bank “Russian Standard”.

About 50 percent of the total number of transactions was made by clients under 47 years old. In addition to deposits and withdrawals, payments for various services, transfers and mobile communications were among the top five operations-leaders. Describing the portrait of a typical ATM user, analysts noted that the demand for housing and utilities payments among Russians grows with age.

“Many young people do not yet have their own homes and this option is not so relevant for them. In addition, clients who are more flexible to modern financial innovations often prefer to pay utility bills via a smartphone, in a mobile bank, ”the experts explained.

Earlier it was reported that banks have found a way to protect themselves from criminals who steal self-collection devices. It was decided to install capsules with special leave-in paint in automatic deposit machines. If the device is stolen and attempted to crack, the capsule will explode and stain the banknotes. Colored bills are insolvent and cannot be exchanged.

"NASA" chooses "SpaceX" for its manned mission to the moon

Four soldiers injured in Syria in an Israeli missile attack