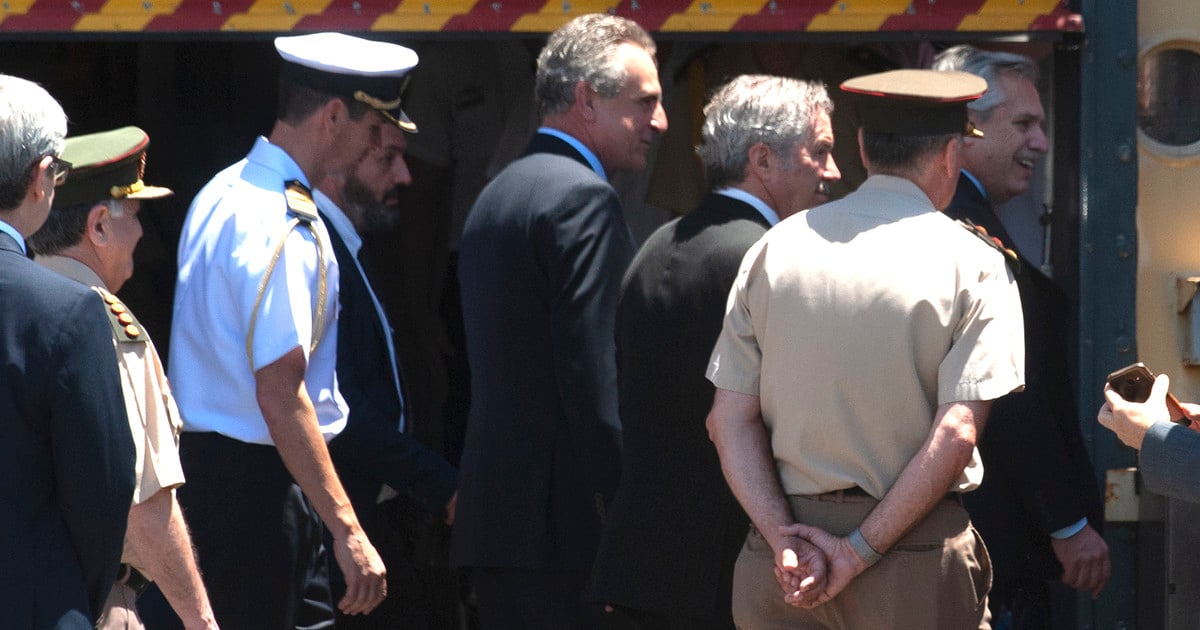 “The man is good, but if he is controlled it is better”Said a few days ago Daniel Gollán, the Buenos Aires Minister of Health, paraphrasing Juan Domingo Perón.

Beyond the history of that phrase of the general (literally Perón spoke of “watching” and not “controlling”) what matters is the context in which Gollán pronounced it for his role and that of the governor Axel Kicillof, fundamentally, in the new restrictions adopted by Alberto Fernandez.

Military training in an act led by the President at the Naval Station. Photo: Rolando Andrade

The President surprised several of his ministers by determining the closure of schools and the prohibition of driving from eight at night to 6 in the morning with the intervention of the federal security forces – some 8,500 – and the appearance on the health scene of the Armed Forces.

Until reaching that decision, the President spent hours of critical lobbying. Clarín learned from very high sources that, influenced by the restrictive measures demanded by Kicillof, Gollan and the influential deputy minister Nicolas Kreplak, Fernández came to raise last Tuesday that he wanted the military in the streets of Buenos Aires, collaborating with the Police in the tasks of control and compliance with the dictated measures.

Military participation in internal security is prohibited by the Internal Security Law.

Clarín consulted with spokesmen for the Presidency about the details of this meeting and denied that Alberto F. had even thought about this possibility.

But very high sources explained that there were polls. The military response was negative and expressed before the minister Agustin Rossi, they said.

The reasoning deployed by military chiefs before the minister was that they do not want to squander the degree of social acceptance and affection that they won in the population when they had to mount a social containment operation in poor villages and neighborhoods, where soldiers and Army officers cooked and fed thousands of hungry people.

That was during the harsh winter of the strict quarantine of 2020. Something more subtle but no less impressive was seeing during those months the Air Force and Army helicopters flying over the AMBA in somewhat diffuse control tasks.

In his message to the country last Wednesday, Fernández announced that the Armed Forces will take to the streets to provide health care, with their doctors and nurses at certain health and vaccination posts.

“We are not going to do internal security tasks. The Armed Forces will not be deployed at night but by day. And the effective they will be unarmed, because it will be military personnel dedicated to health tasks, “Minister Rossi told Clarín, as soon as the presidential message was known.

Last Thursday, Fernández himself also decided to go out at the crossroads of the ironies of the president of Brazil Jair bolsonaro. “I find it shocking that Bolsonaro says something like that, we must explain the Argentine Constitution: I did not declare the state of siege I don’t even intend to do it and the Armed Forces are not there to do internal security but to act in catastrophes, providing support to the people ”.

Alberto F. thus rejected a tweet from Bolsonaro in which he had mocked the new situation in Argentina: “Argentine army in the streets to keep people at home, a curfew between 8:00 and 8:00. ”.

Last Thursday, Rossi and the Minister of Health, Carla Vizzotti, they officially began the vaccination plan of the Armed Forces, according to an official press release.

It is curious that Operation Belgrano II, as the military deployment in this new stage of restrictions due to Covid-19 is called, so far contains a plan of military posts in the City of Buenos Aires, territory of Horacio Rodríguez Larreta.

They are planned to be installed in River, La Rural, the Italian Club, San Lorenzo de Almagro and Parque Roca, among other vaccination centers. They had already been seen in military vaccinations in girdle clothes collaborating in people’s orientation tasks.

Elections Madrid 2021, live | The first official data point to a clear victory for the PP

Decentraland, a virtual city with million dollar houses you can’t live in