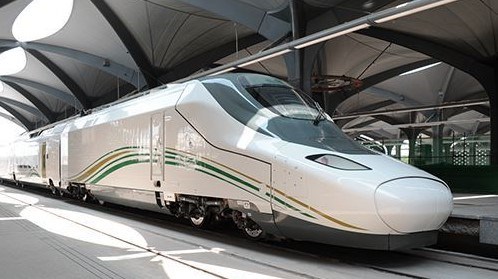 Today, Saturday, a collision with the Al-Haramain train in Makkah Al-Mukarramah resulted in the death of a person who was irregularly on the railway track.

The Saudi Spanish Projects Company, which operates the Haramain Express train, confirmed the news of the death of a man due to his presence on the train track.

The company said in a statement that the accident occurred around nine o’clock on Saturday morning, due to the presence of an irregular person on the railway track, 4 kilometers from Makkah Al-Mukarramah Station.

#Al-Haramain_Train:
A collision occurred with a person who was irregularly on the railway track 4 km from the station #Mecca Which led to his death, may God have mercy on him pic.twitter.com/ra12S1VFVx