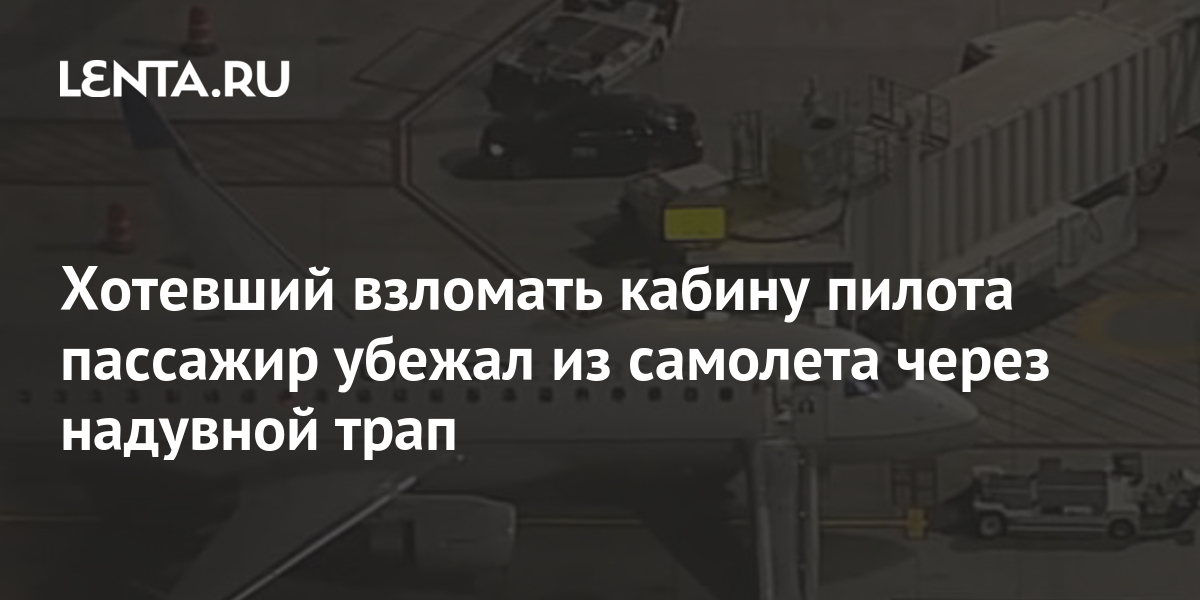 Passenger In the United States, he tried to break into the cockpit after landing the liner, and then left the board, escaping through an emergency inflatable ladder. Writes about this Daily Mail.

The incident took place on Friday, June 25, at the Los Angeles airport. The United Express plane was parked on the runway at about seven o’clock in the evening and was preparing to fly to Salt Lake City. Reportedly, one of the passengers suddenly got up from his seat and tried to break into the cockpit – the man wanted to get inside.

After an unsuccessful attempt, he deployed the emergency inflatable ladder and jumped out of the plane onto the runway. By this time, the pilots had managed to report the rowdy to the air traffic control service – the man was immediately detained by law enforcement agencies. He was taken to a hospital where he received medical attention. The flight departed three hours late.

The motives of the passenger’s actions are not specified. It is also unknown whether the passenger was remanded in custody after.

Earlier in June, the Russian woman was the only passenger on a flight from Turkey. As a resident of Yekaterinburg said, she has been living in Turkey since last year, and now she decided to come to her hometown. On the day of departure from Antalya, she almost accidentally found out that the flight was postponed two hours earlier than the appointed time, and barely managed to arrive at the airport on time.