A “parliamentary” request to discuss volunteering and social security 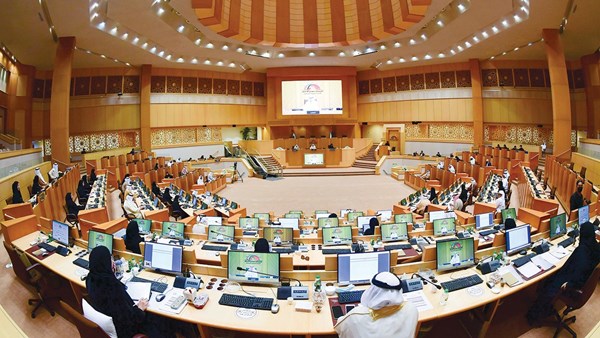 The Federal National Council submitted a request to the Council of Ministers to discuss a number of public issues with the aim of presenting them during the current period of the 17th legislative term, in order to prepare reports on them by the relevant committees in the Council, put forward recommendations related to their axes, and put them up in a plenary session in the presence of government representatives.
The Council submitted a request to discuss the Ministry of Community Development’s policy in the matter of organizing volunteer work, within 3 axes that include the strategy of the Ministry of Community Development in the matter of promoting volunteer work, and the ministry’s role in organizing and monitoring volunteer work, in addition to coordination between the Ministry and the competent authorities for volunteer work in the country.
The Council indicated, during its message requesting discussion, that volunteer work is one of the most prominent aspects of solidarity and community cohesion enjoyed by the people of the UAE, and reflects the extent of their adherence to the principles and values ​​associated with the national identity, and is considered an essential part of the cultural and social fabric on which the state was built, explaining that there are challenges facing Voluntary work, including the varied awareness of the importance of volunteering and its benefits, and lack of knowledge of the available volunteer opportunities, in addition to the absence of a federal entity that includes all voluntary institutions. For its part, the Council submitted another message, requesting discussion of the Ministry of Community Development’s policy in the matter of developing the social security system, within 3 axes that include developing legislation related to the social security system, in accordance with economic and social changes, in addition to discussing the ministry’s strategy on social security, and international practices applied in Developed countries in the matter of social security.
The parliamentary message included the indication that the social security system in the state aims to care for and rehabilitate the beneficiary groups in society, during a time-bound transitional period, as it shows the importance of modifying and changing social security policies, according to the needs of different groups and beneficiaries based on economic and societal changes.
In the event that the request is approved, the general issues will be referred to the relevant committees, which will prepare an action plan for discussion, in addition to holding a set of meetings with representatives of the concerned authorities and different community segments, to arrive at recommendations to be put forward with a view to being adopted by the Council, along with submitting recommendations for study. By the Cabinet, and respond to the possibility of their implementation.

Which countries want to offer tourists a corona vaccine