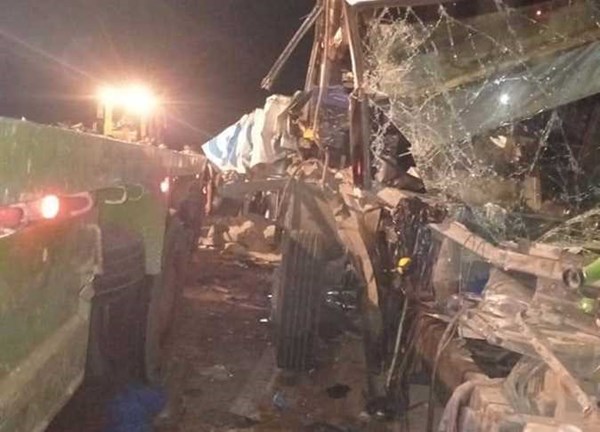 The New Valley Governorate in southern Egypt witnessed a tragic accident in the collision of a passenger bus and a transport vehicle in the city of Dakhla, which caused the death of 5 people and the injury of 23 others.

Civil Defense forces and ambulances immediately moved to the site of the accident, where the victims were transferred to the Dakhla General Hospital, while the governorate raised the level of maximum preparedness for the rest of the hospitals to receive the injured in the collision that occurred on the 65 km Tanida Road – Dakhla between a public transport bus and a heavy transport vehicle.

The Egyptian authorities said that 23 injured people were transferred to Dakhla General Hospital and 5 dead people to the hospital morgue by sending 20 ambulances to the site of the accident. A blood and plasma transport vehicle was also sent to secure the hospital’s needs of blood bags. The injured are being treated and the necessary care is being provided to them.

Dozens of residents of the Dakhla Center in the New Valley flocked to the Dakhla General Hospital to donate blood to rescue the victims of the crash, which shows the Egyptians standing in a time of crisis.