A nurse burns a patient’s stomach with a laser 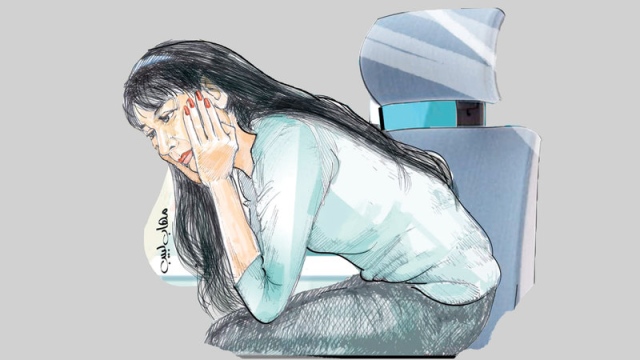 The Abu Dhabi Court of Appeal upheld the ruling of the Court of First Instance requiring a medical center, a female doctor, a nurse and an insurance company to pay a patient an amount of 170,000 dirhams in compensation for the material, psychological and moral damages that she suffered while receiving a laser treatment session to get rid of fats in the abdomen, and she suffered burns. In the skin it left a permanent disability.
The details of the case are due to a woman filing a lawsuit against a dermatological and cosmetic center and a doctor, in which she demanded that the defendants pay her an amount of two million dirhams in compensation for the material, psychological and moral damages she was exposed to, and obligate them to pay fees and expenses of the case and in exchange for attorneys’ fees, indicating that she went The center is for treating fat in the abdominal area, and the doctor decided that the treatment will be with a specialized laser fat removal device.
The plaintiff explained that she underwent the first treatment session without complications, and in the second session, she felt severe pain while operating the device and told the nurse the “second entrance opponent” who was in charge of the device, noting that after the session ended, it was found that there were burns on the abdominal skin in the areas that were treated with laser and she The doctor gave her creams and told her that the burns would disappear, but her condition got worse.
The plaintiff indicated that with the increase in pain, she tried to contact the doctor, but she did not answer the order that forced her to go to the hospital, as it was found that she had suffered first and second degree burns and had undergone surgery as a result of which the dead parts of the skin were removed in the abdominal area and that resulted in permanent skin disfigurement. The abdomen accounted for 5%.
She added that she had issued a criminal case against the doctor, and a final ruling was issued against the doctor, which ordered her to be fined 100 thousand dirhams, and that he paid 10 thousand dirhams in compensation for the benefit of the plaintiff for causing her mistake to prejudice the integrity of her body.
The attorney of the first and second defendants submitted a memorandum in which he argued that it is not permissible to hear the lawsuit due to the previous ruling in the criminal judgment, which has become final, as the plaintiff was ordered to pay compensation and thus the plaintiff obtained compensation, and it is not permissible to combine compensation and compensation, and he demanded the inclusion of three new opponents in the case «the contracting insurance company With her, the center is responsible for bearing the compensation arising from the medical error, the nurse who undertook the treatment of the plaintiff, in addition to the hospital in which the plaintiff underwent surgery and was subjected to wrong medical treatment by emergency doctors in that hospital.
The court of first instance ordered the defendant to be obligated by the medical center and the medical center, and the first entry opponent “the insurance company” and the second entry opponent “the nurse” to pay the plaintiff jointly a complementary compensation of 170 thousand dirhams.
The appeals court upheld the ruling and obligated each appellant to pay the fees for his appeal.

Opportunity to modernize the economy