A new record temperature and more wildfires hit Canada and the US. 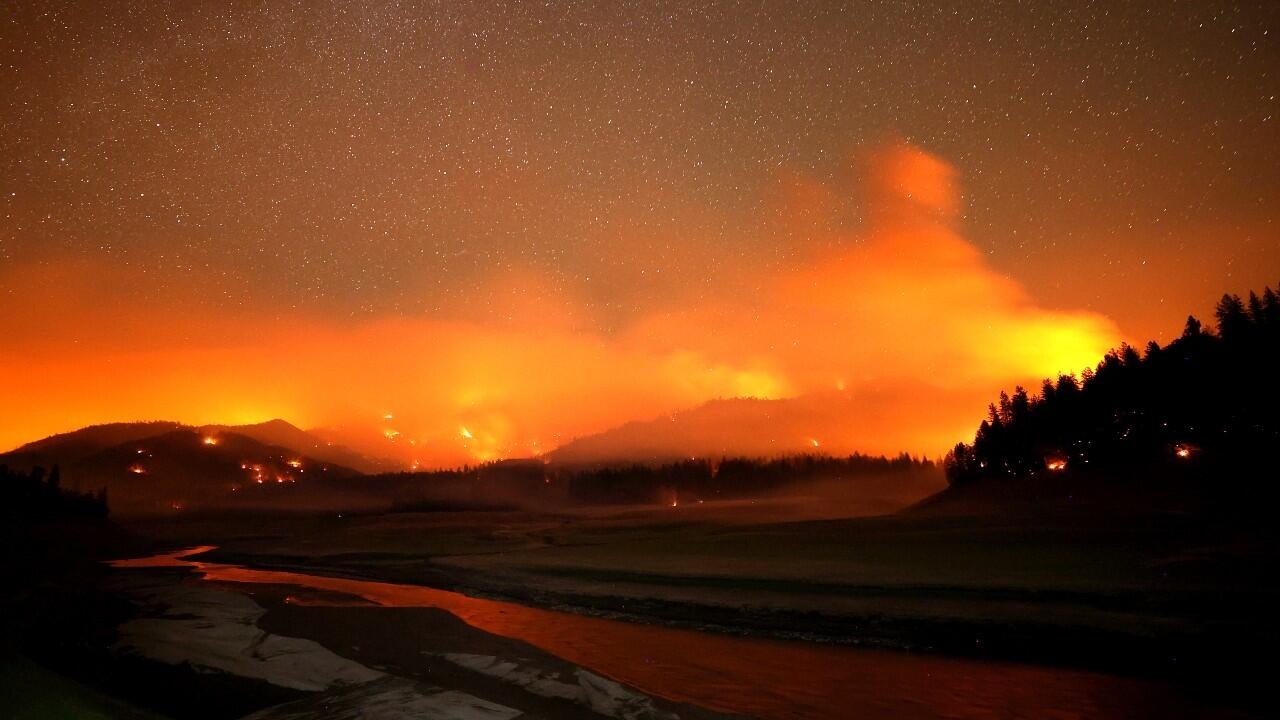 Scorching temperatures led to the closure of some roads, limited train traffic and new evacuation orders. Both the United States and Canada registered new forest fires this weekend, in addition to those they had already faced in previous days due to the extreme heat.

Concerns are rising about wildfires in the western United States and Canada. A new wave of extreme heat hits and makes it difficult to stop the deflagrations that, on the contrary, are increasing.

“A dangerous heat wave will affect much of the western US, with record temperatures likely,” the national weather service warned on its website in the early hours of Sunday.

In the United States, the new emergency left at least two firefighters dead this weekend, when the plane in which they were transported to reconnoitre a fire in rural Mohave County, Arizona, crashed amid plumes of smoke. .

Firefighters fight the flames in states like California, Idaho, and Oregon, among others. This Sunday in northern California, a wildfire continued to grow and caused a major highway to be temporarily closed. But this is just one of several large sources of fire burning in the west of the country, in scorching temperatures that broke records and power grids collapsed.

In this state, authorities asked all residents to reduce energy consumption after a large wildfire in southern Oregon destroyed interstate power lines, preventing up to 4,000 megawatts of electricity from flowing into California.

Forecasters also issued an excessive heat alert for several other urban centers, including the southern city of Phoenix and San Jose, the hub of Silicon Valley’s tech industry, south of San Francisco.

Meanwhile, to the southeast, California’s biggest wildfire of the year was spreading along the Nevada border. The flames at the Beckwourth complex, a combination of two lightning-caused fires burning 45 miles north of Lake Tahoe, have shown no signs of slowing in range after doubling in size between Friday and Saturday.

And in Idaho, Gov. Brad Little declared a wildfire emergency on Friday, mobilizing the state National Guard to help fight the fire after thunderstorms struck the drought-stricken region.

In Canada, wildfires continue to spread, including 50 more deflagrations that started in the past two days. The Government announced new emergency measures aimed at preventing new outbreaks of flames.

Canadian meteorologists predicted highs near 32 degrees Celsius in parts of the west of the country, well above the seasonal average.

As of Sunday morning, the number of wildfires in the province of British Columbia continued to rise, reaching 298, authorities reported.

Experts believe that trains are often a common cause of wildfires, when their spark-extinguishing devices are poorly maintained.

In fact, the government sent investigators to the city of Lytton, 250 kilometers northeast of Vancouver, to verify whether a passing freight train could have caused a fire in late June, which wiped out 90% of the city.

Several roads in the area have been closed, after authorities declared the risk of more forest fires in much of the province as “extreme.” A dozen towns or villages received evacuation orders.

The overwhelming weather over the weekend follows an earlier heat wave that hit the western United States and Canada in late June. Conditions broke the all-time daily temperature record for three days in a row in British Columbia.

The World Meteorological Organization and the UK Met Office last May reported a 40% chance that the annual average global temperature will temporarily exceed 1.5 degrees above pre-industrial temperatures in the next five years.

With AP and AFP